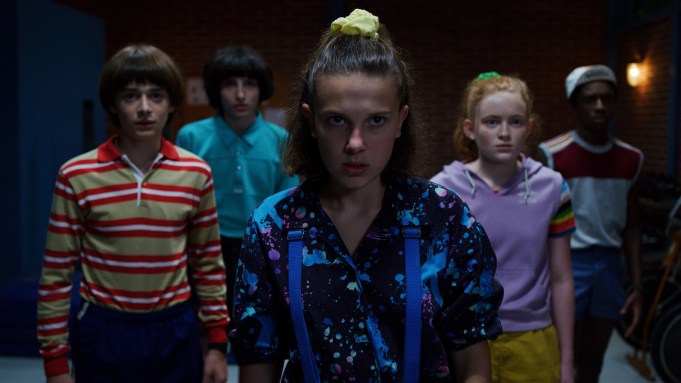 “Stranger Things” creators and showrunners Matt and Ross Duffer, also known as the Duffer Brothers, have officially signed a multi-year overall deal with Netflix to create films and television series. It should come as no surprise, then, that the show has been renewed for a fourth season at the streaming service.

“We are absolutely thrilled to continue our relationship with Netflix,” said the brothers in a statement. “Ted Sarandos, Cindy Holland, Brian Wright, and Matt Thunell took a huge chance on us and our show — and forever changed our lives. From our first pitch meeting to the release of Stranger Things 3, the entire team at Netflix has been nothing short of sensational, providing us with the kind of support, guidance, and creative freedom we always dreamed about. We can’t wait to tell many more stories together — beginning, of course, with a return trip to Hawkins!”

The twin brothers’ agreement is the latest in a string of high-profile overall deals that Netflix has struck with creators in recent years. They join a roster that includes “Wonder Woman” director Patty Jenkins, “Game of Thrones” show creators David Benioff and D.B. Weiss, “Pose” director Janet Mock, as well as prolific creators Ryan Murphy and Shonda Rhimes.

“The Duffer Brothers have captivated viewers around the world with Stranger Things and we’re thrilled to expand our relationship with them to bring their vivid imaginations to other film and series projects our members will love,” said Sarandos, Netflix’s chief content officer, in a statement. “We can’t wait to see what The Duffer Brothers have in store when they step outside the world of The Upside Down.”

The series, an homage to 1980s genre films, first premiered on Netflix in the summer of 2016 and has since attracted a bevy of award nominations, including 30 Emmy nominations and six wins. The Duffers, who are writers, directors and showrunners on the series, previously worked on the Fox series “Wayward Pines” and wrote and directed the post-apocalyptic horror film “Hidden” for Warner Bros.

The Duffers are repped by Alex Kohner of Morris Yorn Barnes Levine Krintzman Rubenstein Kohner & Gellman. They are repped as directors by CAA.