Documentary Producers On Boom in Medium: ‘People Are Starving for the Truth’ 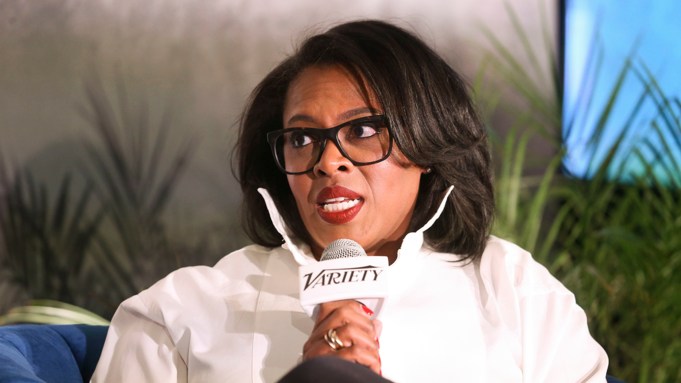 Several prominent documentary producers lauded the fact that the medium has seen a major resurgence in recent years during Variety’s TV Summit on Wednesday.

“People are starving for the truth,” said Lance Bass, former NSYNC member and producer of the documentary “The Boy Band Con: The Lou Pearlman Story.” “It’s crazy how all of our stories are all about lying and people are gravitating to this lie they want to believe. If you give them any excuse, they are going to believe it wholeheartedly. It’s a weird time right now. You can prove that this is wrong but they still won’t believe it, so it’s important for us to tell our stories just to combat that any way we can.”

The panel, moderated by Variety‘s Daniel Holloway, also featured Leah Remini, executive producer and host of the A&E docuseries “Leah Remini: Scientology and the Aftermath;” Danny Gabai, executive vice president and head producer of Vice Studios, which produced the Fyre Festival documentary “Fyre;” Brie Miranda Bryant, senior vice president of unscripted development and programming at Lifetime and executive producer of “Surviving R. Kelly;” and Allen Rucker, a writer and director who is also chair of the Writers With Disabilities Committee for the WGA.

According to Gabai, the rapid shifts in technology related to the way people consume media has contributed to audiences discovering compelling documentary subjects like never before.

“As people have become accustomed to curating what they watch and when they watch it and how they watch it, it’s really just opened the doors up in terms of what people are excited to see and what they’re willing to watch,” he said. “It’s made everybody on the distribution side much more open to being audacious and treating their audiences with care and respect. I think people have proven they are much smarter than maybe we all thought.”

Miranda spoke of the effect that “Surviving R. Kelly” had on popular culture, saying that people are looking for examples of others standing up for what is right.

“I think we’re at an interesting time in our country right now,” she said. “There’s an immense sense of injustice. When you talk about programming, a key thing to do is dial into the emotional need states of what your audience is experiencing…I think really dialing into that need state is important because I think what people want right now is the truth. What they want is honesty and someone who is brave enough to make a difference.”

But according to Rucker, there is still considerable work to be done, at least in terms of representation for people with disabilities onscreen.

Rucker specifically cited the Jenni Gold documentary “CinemAbility” as an excellent example of exploring how those with disabilities are represented in media.

Remini spoke about dealing with the infamous ire of the Church of Scientology for making her Emmy-winning series, claiming that the church has sent 444 letters to her advertisers since the show began. She expected the backlash, however, and had already told the network they would need to be prepared when she pitched the show.

“My initial meeting was ‘If you’re a pussy, you have no courage so I’m going to start with that. And if this meeting is over we’re good. I have errands I can do,'” she said to a round of applause from the audience. “And they stepped up.”

Remini also addressed her statement last year suggesting Scientology was behind the accusations of sexual misconduct against Paul Haggis.

“When it has to do with Scientology, I know the procedure and so does [‘Scientology and the Aftermath’ co-host] Mike Rinder,” she said. “And the procedure is to go through people’s confidential files. They cull people’s files, and if you’re a Scientologist you have a file from the moment you walked in. They have recordings of everything you’ve done. They write everything down. Paul is very open about his affairs. They have culled his file so they are very aware of who he was engaged with, who he ever kissed, who he ever flirted with. So this situation is different. When Scientology is involved, it is a purposeful attack.”