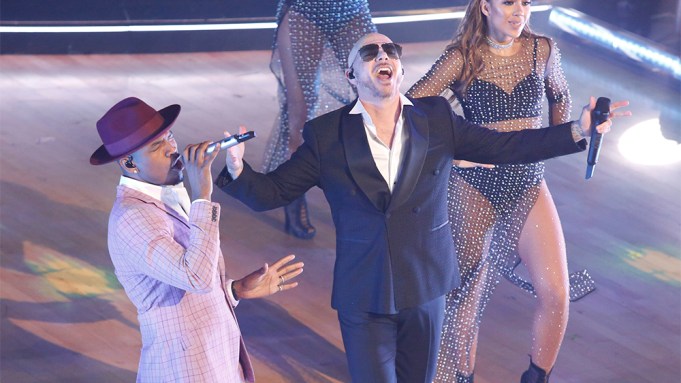 SPOILER ALERT: Do not read ahead if you have not watched the Season 28 finale of “Dancing With The Stars” on ABC. The winner is revealed in this post.

Another season, another mirror ball trophy.

The winner of the 28th season of “Dancing with the Stars” was revealed Monday night during ABC’s finale of the celebrity dance competition show.

“The Bachelorette” star Hannah Brown waltzed away as the winner, spinning off the dance floor with her partner Alan Bersten and the mirror ball trophy.

Before Brown was declared the winner, the other final couples heading into the finale were country music singer Lauren Alaina and Gleb Savchenko; actor and Nickelodeon star Kel Mitchell and Witney Carson; and Fifth Harmony pop star Ally Brooke and Sasha Farber.

Alaina and Savchenko ended up in fourth place, Brooke and Farber in third place and Mitchell and Carson in second place.

The finale episode started with a mega dance routine to “Last Dance,” which featured the four finalists dazzled in gold costumes. The night then headed into each couple performing a repeat dance, kicking off with Brooke and Farber receiving a perfect score with three 10’s from the judges. Alaina and Savchenko scored a 9, 9, 9; Mitchell and Carson received three 10’s; and Brown and Bersten received a 10, 9, 9. Each couple then performed a freestyle dance with Brooke and Farber receiving another perfect score; Alaina and Savchenko and Brown and Bersten also received perfect scores; and Mitchell and Carson received 10, 9 and 10.

Cher, Pitbull and Ne-Yo (pictured) performed during the finale. In a moment of network cross-promotion, “American Idol” judge Lionel Richie revealing that former “Idol” contestant Layla Spring will get another chance to compete in the new season, which premieres Feb. 16 on ABC.

This season of “Dancing with the Stars” started off with one of the most impressive casts in years — and one of the most controversial cast members of all time with Sean Spicer, who was voted off during Week 9. Spicer’s casting prompted much media backlash with Variety‘s TV critic criticizing the show for a rating’s grab. Spicer’s elimination earlier this month prompted a tweet from President Donald Trump, who wrote, “A great try by @seanspicer. We are all proud of you!”

“Dancing with the Stars” is hosted by Tom Bergeron and Erin Andrews. The judges are Carrie Ann Inaba, Len Goodman and Bruno Tonioli.