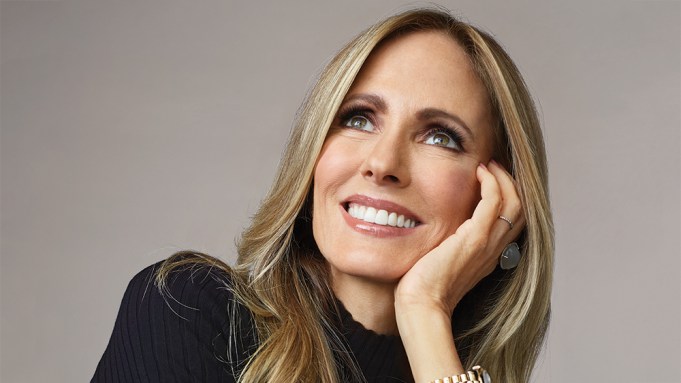 Dana Walden came to appreciate the work of the UCLA Jonsson Comprehensive Cancer Center the hard way — after her mother, Sheril Freedman, was diagnosed with a rare form of follicular lymphoma in 2008. Walden, one of the most powerful executives in television in her role as chairman of Disney Television Studios and ABC Entertainment, was directed to Jonsson by her close friend Jay Sures, co-president of UTA, whose father also battled cancer.

Another highly regarded cancer center that examined Freedman recommended a radical course of chemotherapy. At the time, Freedman was 71, in good health and had no symptoms. “The notion that we were going to make her really sick to get her well — it was just not making sense to me,” Walden recalls.

The Jonsson team took a different approach. Oncologist Lauren Pinter-Brown suggested they try what was then a relatively new drug called Rituxan, which offers some of the benefits of chemotherapy without the debilitating side effects. The risk was that some patients didn’t respond to the drug. Fortunately, Freedman did. Her stage 3 lymphoma has been in remission for more than 10 years.

Not surprisingly, after Freedman’s experience, Jonsson became a focal point of charitable giving for Walden and her husband, Matt Walden. Dana Walden also serves on the board of the center’s fundraising arm, the Jonsson Cancer Center Foundation.

“It was an incredible introduction to a place where I felt like they treated the whole person, not just the disease, with a lot of compassion and an extraordinary amount of information at their fingertips,” Walden says.

The experience also led to Walden becoming more strategic about her philanthropic endeavors. “For a very long time, I would give a little to a lot of organizations,” she says. “At a certain point I decided it would be better for me and for the organizations I was supporting if I tried to be a little more selective and devote more time to a few of them.”

Walden discovered, to her surprise, that she enjoys the time she spends fundraising for Jonsson, whether it’s working the phones with donors or helping to organize the foundation’s annual Taste for a Cure event. She notes with a laugh that in her day job, she often uses the phrase “We’re not curing cancer here” when she needs to put stressful situations into perspective. “I always remind people that we’re not saving lives — we’re just trying to make some good TV shows,” she says. “So it felt appropriate to me to celebrate an organization that actually does cure cancer.”

Walden, a longtime Fox executive, stepped into a huge new job earlier this year following Disney’s acquisition of 21st Century Fox. But no matter how busy she gets in her professional life, she believes it’s vital to make time for work that doesn’t involve showrunners, scripts or soundstages.

“I think people feel good when they look up at the leaders of an organization and see human beings who feel an obligation to give back outside of work,” Walden says. “I’m doing anything I can do to demonstrate to younger women and executives in general that being a well-rounded person makes you better at your job.”