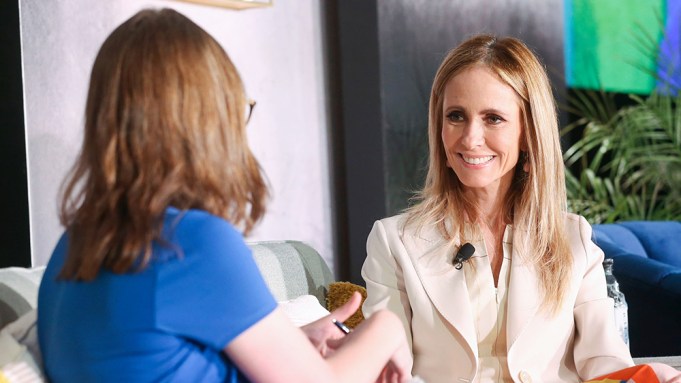 Dana Walden has her eye on the future.

In her first major interview since becoming chairman of Disney Television Studios and ABC Entertainment, Walden said that one of the reasons she stayed on following the Disney-21st Century Fox merger was because she wanted to be part of a company with great storytellers but also a vision of what is to come. That company is Disney, who will have multiple streaming platforms under its umbrella in the not-too-distant future.

“It’s hard to imagine a media company surviving well into the future without a strategy that is direct to consumer,” Walden told Cynthia Littleton at the Variety TV Summit on Wednesday. “That’s just the reality of how an entire generation of consumers have been taught to consume television.”

“Our company got the benefit of seeing the shortcomings of our various streaming competitors and we are doing it at a scale that is undeniable,” she said. “This is now arguably the biggest content company in the business with the second largest streaming platform in the business and an incredibly robust plan to launch Disney Plus.”

Walden also discussed the decision to keep ABC Studios, 20th Century Fox Television Studios, and Fox 21 Television STudios as separate entities rather than merging them together into one mega-studio. Walden credited working with Walt Disney Television chairman Peter Rice and his CFO Ravi Ahuja in figuring out the best way to structure the organization.

“[Ultimately] where we came out was the idea of having a horizontal structure, not trying to build one big super studio that has a lot of layers and a lot of process,” she said.

“We feel like contracting those businesses would have given us fewer filters, fewer opportunities to have great relationships with our creators, and that we were building a bureaucratic organization,” she continued. “That is the opposite of what we want.”

Walden then said that creating a healthy corporate culture in her new position has been easy in the sense that the culture around her former position and her current one are very similar. One difference she did note was that she felt 21st Century Fox felt like “a bit more of a holding company than a corporate management for various divisions” as the merger drew closer. She also said that the creative process at Fox was “at times quicker but not as thoughtful” as it is at Disney.

Finally, Walden addressed how she has personally learned from the rapid growth of the Me Too movement within the entertainment industry.

“For myself, going through the past couple years as a senior level female executive, I’ve been stunned and saddened,” she said. “I thought an organization run by a woman would have a place where younger women and women throughout an organization would feel empowered to step forward to talk about conditions that are intolerable or stand up for themselves and feel supported just by virtue of me sitting in the seat I am in. That was incredibly naive.”