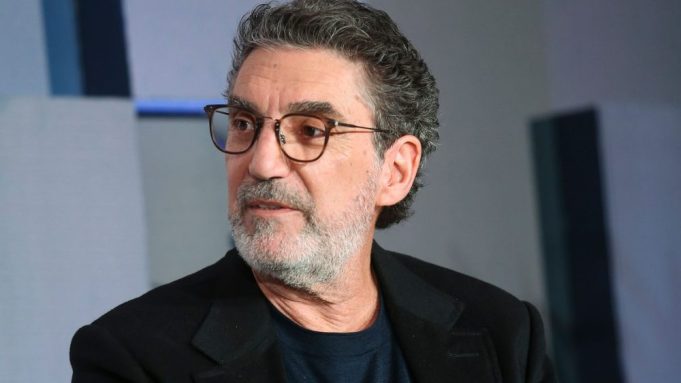 With “The Kominsky Method,” Chuck Lorre ventured out of his broadcast comedy comfort zone and took a leap into the world of streaming, an unknown quantity for him.

During a keynote conversation at Variety’s Innovate Summit presented by PwC, held Thursday at the 1 Hotel in West Hollywood, Lorre talked about how making a show for a streaming platform changed him as a writer. Rather than presiding over the large writer’s rooms of his many classic broadcast shows, doing “The Kominsky Method” for Netflix meant that Lorre was writing solo for the first time in many years.

“I hadn’t written alone since 1987, it was a little scary but also liberating,” Lorre said during his Q&A with Variety business editor Cynthia Littleton. “I was doing it because I believed in it, there was no census being taken in a room of comedy writers, I’m not looking for anyone to say it’s OK. If I believe in this, let’s shoot this.”

In terms of the differences between broadcast and streaming, Lorre compared the latter to a book: the audience can read one chapter at a time and put the book down after one, or read the entire thing in a single sitting.

“It changes the way the story unfolds, it’s not so episodic, the 30 minutes don’t have to wrap everything up,” Lorre said.

The prolific producer’s most recent broadcast venture is “Bob Hearts Abishola,” a CBS multi-cam about a Nigerian immigrant nurse (Folake Olowofoyeku) and the patient (Billy Gardell) who falls for her.

Lorre said the show presented an opportunity “pay homage to immigrants,” something that he had rarely had the chance to do on his shows.

However, he revealed the show would never have gone forward if it wasn’t for Gina Yashere, a stand-up comedian and actor of Nigerian descent who was brought on to consult and eventually co-star in the series.

“She made it viable, otherwise I wouldn’t have done it because I don’t want to pretend I know something I don’t,” Lorre explained. “I’ve seen the immigrant experience, I lived in Miami in the 1970s and I saw the Cuban immigration and it was exciting. It was the same idea with this, people come to this country full of enthusiasm and determination to find some ground under their feet and it’s worth writing about.”

Later, the conversation turned to current state of comedy and what makes a comedy writer these days. Pinpointing what many comedy writers have in common, Lorre said it’s “a mutated gene” born out of a terrible childhood.

“As a group, comedy writers are broken, that’s why we need agents. If we represented ourselves we’d be crying all the time,” Lorre joked. “You can either become a bitter son of a bitch or write about mass murder, or you channel it into laughing at whatever it is. And if you had a wonderful childhood, you become a network executive, and that’s fine.”

Speaking of agents, the conversation was bookended with Lorre’s thoughts on the Writers Guild of America standoff with Hollywood’s largest talent agencies, which is in its eight month. The sides will meet in federal court in Los Angeles on Friday morning for the first hearing in the dueling lawsuits filed earlier this year by the WGA and WME, CAA and UTA.

Although Lorre said he felt he wasn’t in the best place to comment on the wider stalemate at large, he did admit that packaging, one of the issues at the crux of the writers-agents disagreement, was an issue he encountered from his early days in the biz and that he has learned to refuse on his own shows.

“Over time I’ve been able to say, ‘No you don’t get a package because you get a story editor on the show.’ The package is credible only if you’ve put together all these elements and made this thing happen, but generally that’s not what happens. It’s kind of a form of extortion,” Lorre said, half-jokingly in his reference to “extortion.”

“It’s really simple to me, you want to put the money on the screen. If people are getting paid to do nothing, that doesn’t make a better show. If people are doing something and contributing, yeah sure, step up to the buffet, have some shrimp. But there has been traditionally in this business many hands in the pot. Sometimes it’s credible and legitimate, and sometimes it’s just greed,” he added.