Chris Rock Roasts Jussie Smollett at NAACP Awards: ‘What the Hell Was He Thinking?’ 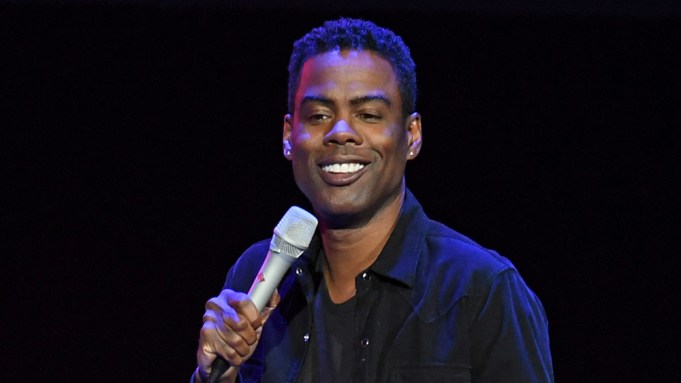 Although Chris Rock was told to steer clear of the Jussie Smollett case at the NAACP Image Awards, the comedian couldn’t help but toss a couple barbed jokes towards the “Empire” actor.

“They said no Jussie Smollett jokes. I know. What a waste of light skin. You know what I could do with that light skin? That curly hair? My career would be out of here. F—ing running Hollywood,” Rock joked.

“What the hell was he thinking?” Rock asked. “From now on, you’re Jessie from now on. You don’t even get the ‘U’ no more. That ‘U’ was respect. You don’t get no respect from me.”

Earlier in the evening, Lena Waithe came out in support of Smollett in her interview with Variety on the NAACP Image Awards red carpet, saying that she believes him and that “being queer and black is like having a target on your back every time you walk out the door.”

Smollett was nominated for an NAACP Image award for Outstanding Supporting Actor in a Drama Series for his work on “Empire,” but lost to “Grey’s Anatomy” star Jesse Williams. The award was announced at the non-televised 2019 NAACP Image Awards dinner on Friday, which Smollett did not attend.

This year marks the 50th anniversary of the Image Awards and its first time being held at the Dolby Theatre, which also houses the Oscars.

Anthony Anderson, this year’s host, told Variety that he hoped Smollett would attend and also said he was pleased that the charges against him had been dropped.

“I’m happy for him that the system worked for him in his favor because the system isn’t always fair, especially for people of color.”