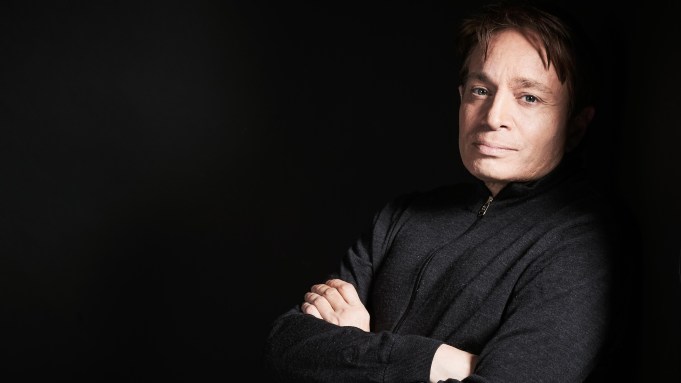 For 18 years, Chris Kattan has harbored a secret that he’s finally ready to share: The comedian believes he broke his neck while performing a sketch on “Saturday Night Live” in 2001, an accident that he says nearly paralyzed him, led to years of addiction struggles and sidetracked his career.

In his new memoir, “Baby Don’t Hurt Me: Stories and Scars from Saturday Night Live,” provided exclusively to Variety before its May 7 publication, Kattan reveals the specifics of his injury, which he is claiming took place during the show’s May 12, 2001, episode. In one sketch, he writes that he fell back in a rickety chair — landing hard on the stage, painfully hitting his head.

Kattan first shared news of an old injury while appearing on “Dancing with the Stars” in 2017, in order to explain why he was so stiff while moving around on stage. But he never alleged that it happened on “SNL” — until now.

In the book, Kattan complains that he still suffers the effects of that moment, which can be found as a clip on NBC’s website.

“Even today, I still can’t open my hand wide enough to use my fingers normally on the keyboard,” he wrote. “The impact that my injury and subsequent surgeries had on my career was immense, but more importantly, the fallout proved to be devastating to some of the closest relationships in my life.”

In an interview this week at Variety’s offices, Kattan said he told SNL executive producer Lorne Michaels and producer Ken Aymong about the accident. Aymong, the comedian said, promised to “take care of it,” and that Michaels passed along a doctor recommendation. Kattan also told Variety that NBC paid for two of the five surgeries he had over the years.

Michaels declined a request to be interviewed for this story. A spokesperson for NBC said the network had no record of any claim and declined to comment further.

Variety spoke to several insiders, including staffers mentioned by Kattan in his book, who have worked closely with Kattan as part of the “SNL” production team and who also would have been present on set and aware of any follow-up claims. But none of them could recall Kattan’s injury, even after they made their own internal inquiries to see if anyone else remembered it.

Kattan was unable to provide documentation that NBC was aware of the injury, and Variety also attempted to contact Kattan’s surgeon, who didn’t respond to several requests by press time. (UPDATED: Variety has now heard back from Dr. Carl Lauryssen; scroll down to the end of the story for more information.) Insiders said they would have known had Kattan broken his neck on the show — it would have been a serious enough incident that the network’s legal team and human resources would have been involved, particularly because it happened on camera. But they weren’t — leaving insiders to wonder if Kattan was remembering correctly.

But Kattan goes into lengthy detail about what he believes happened the night he broke his neck. He wrote that in the “MSNBC Investigates” parody sketch, about a group of kids who role play as the “Golden Girls,” Kattan was supposed to fall backwards in his chair for big laughs. The comedian said he questioned the safety of the move, and asked the props department for a different chair — but it never came.

He said he hit his head hard that night, and wrote that he began to feel pain in the weeks and months that followed — but he assumed it would go away. Almost a year later, as it worsened, Kattan said his chiropractor finally convinced him to have it checked out. Yet beyond that, he wrote that he never really went to NBC, “SNL” or Michaels for help. Years later, when he asked lawyers to finally look into workers’ compensation, he was told it was too late.

“NBC had stopped paying my medical costs after the second surgery,” he wrote. “The ‘SNL’ family I was part of had stopped taking care of me, and soon I wasn’t able to pay for everything myself. But I never really fought for myself or demanded anything. I never thought about the potential legal ramifications of what had happened to me on the set and what was happening now. I had been brought up to be responsible for myself. I wasn’t about to sue anybody. I never wanted to be that person: spending my life debilitated and fighting a network. I wanted to hide everything, pretending I was okay and in good enough shape to be go out in public and be social.”

“The ‘SNL’ family I was part of had stopped taking care of me, and soon I wasn’t able to pay for everything myself.”
Chris Kattan

Now, Kattan tells Variety that he wishes he had spoken up — and might have today. “Had I known how everything would end up I would have been better off saying something about it, as opposed to being quiet because I thought it would get in the way of work,” he said. “It’s a different day and age where people if they get any injury or harassment or anything, it’s a good time to say anything about it. This is not too long ago but it was more of a faux pas to say anything, especially if it has to do with your showbiz family.”

Kattan departed “SNL” in 2003 after a seven-year run, but said he has felt marginalized by the show since then. The actor wasn’t invited to perform on the gala 40th anniversary “SNL” special, for example.

“I think everyone has their own complicated relationship with the show,” he said to Variety. “But whenever I go back to visit everyone opens their arms and are so sweet. It’s a different energy than when it was when you are in the cast. It’s healthier. For some reason moment you leave and you come back to visit or come back guest spot, Lorne and everyone, they miss you a great deal. And you miss the show. That’s one of the healthiest relationships you should have with the show, when your trial is done.”

As “Baby Don’t Hurt Me” is released, Kattan is now hoping to send the message that he’s back in commission after a dark period that coincided with a succession five painful of surgeries, a failed marriage, the death of his father, drug and painkiller addictions, and missed career opportunities. And he’s ready to talk about it.

“I tried to tell the truth,” he said. “It feels good to just finally say everything about it. I don’t think it really hurts anybody, it’s just something I needed to say.”

Beyond his tales of “SNL” and run-ins with major celebrities like Tom Cruise, “Baby Don’t Hurt Me” recounts Kattan’s unusual childhood, mostly spent as a solitary kid living on Mt. Baldy with his mother and stepfather. On weekends, he would visit his father, Kip King, an actor and founding member of the Groundlings improv theater. It was King who inspired Kattan’s own career.

In recent years, Kattan has booked roles on “The Middle,” “How I Met Your Mother,” and “Sharknado 5,” in addition to vocal work on animated series like “Bunnicula” and the film “Hotel Transylvania 2.” But also continues to face limitations due to his neck injury.

“As a physical comedian, I had always been worried about waking up with a whole different body one day,” he wrote. “That fear became my reality. After those forty-five seconds on the ‘SNL’ stage in May of 2001, my body would never, ever be the same.”

UPDATE: Variety spoke with Carl Lauryssen, MD, who is now director of neurosurgery at St. David’s Round Rock Medical Center in Texas. In the early 2000s, he headed up research and education at Cedars-Sinai Institute for Spinal Disorders, where he served until 2005. That’s where he met Kattan, who had already undergone one surgery.

Lauryssen said he recalled Kattan telling him that he had been injured on the set of “SNL,” although he didn’t watch a clip of the sketch or investigate the actual incident himself: “For me, when someone comes to see me I don’t necessarily analyze how it happened. I evaluate someone and determine what I can do to help them based on that moment in time that they come to see me. What’s in the past doesn’t really change how I’m going to help someone from a surgical perspective.”

Asked whether Kattan could have continued to perform despite the injury — which is the question several NBC insiders had — Lauryssen pointed out that Hollywood performers often find ways to work through the pain: “One can continue to work and actors are a very stoic group of individuals that will continue to work even in the face of significant pain and injury,” he said. “I’ve seen that, having taken care of a number of industry folks. I remember that his injury was significant yet he continued to work. He was losing the use of his neurological functions. It was sad.”

Lauryssen added that Kattan underwent a “complex surgery,” and that “some of his injuries are residual and permanent. The goal of surgery was to try to get back as much function as possible, which I believe he did get function back but some of that was permanent injury…he’s going to live with [the effects] for the rest of his life. Luckily it doesn’t affect his personality or his ability to perform his art, but it has other effects on one psychologically and emotionally.”

The surgeon moved to Texas several years ago and no longer has his files from his practice in Los Angeles, and was unable to share any information on who paid for any of Kattan’s surgeries.