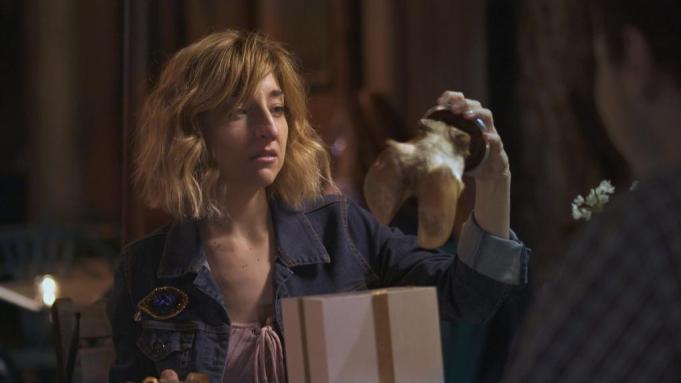 The team behind “Noche de Amor” (Night of Love), one of two Argentine comedies featuring in this year’s Canneseries Short Form Competition, has given Variety exclusive early access to the first trailer for the series.

The series follows Vicky, a left-leaning rebellious young woman, and her mother Nora, a conservative mother-hen, who don’t always see eye to eye under the best of circumstances. Nora is thrilled when she learns her youngest daughter is about to be married to Mike, a laid-back Canadian whose Spanish is at best so-so. Each of the series’ seven episodes highlights one keystone day in the lead-up to the wedding, and the back and forth between mother and daughter.

“Noche de Amor” leans heavily on a strong script and the comedic timing of a number of Argentine film and TV stars to deliver a viewing experience easily on-par with other productions with far greater resources.

In the trailer, we are introduced to Vicky and her off-the-wall family including her innocent fiancé Mike, controlling mother Nora, wise older sister Clara and her husband Nico, flatulent brother Fran and the sure-to-be fan favorite hapless handyman Wilson.

The series was produced by Macaco Films and Mil Grullas Cine along with Contenidos Públicos. It’s the first digital short form series produced specifically for a new SVOD platform called cont.ar, an arm of public broadcaster TV Pública. Cont.ar is in Cannes at MipTV where, among other activities, it’s shopping the series to international platforms and broadcasters.

“Noche de Amor” was created by Agustina Levati and director Pedro Levati. The two co-wrote along with Gastón Armagno. Although not a traditional Season 2, “Noche” is a follow-up to another digital series featuring some of the same characters, called “Noche de Paz,” the Spanish title for “Silent Night.” Similarly, each episode of that series focused on one aspect of the Christmas holiday.

“We really enjoyed the first series,” said Levati, “So we talked to the broadcaster about doing this one.”

The series also received backing from the Buenos Aires Web Fest. Levati recalled that, “We went to screen the first season there, and pitched this second one and they loved what they saw and wanted to produce more.”

As to the possibility of continuing the family’s nights together, Levati is hopeful.

“We are thinking about doing a third season, this time about sister Clara called “Summer Night.” In it, we will talk about the family living all together in one house while on holiday,” he said.

And the possibilities seem promising. Argentina is a market where short form digital content has really taken off.

Argentine film-TV agency “Incaa is producing around six short form series per year,” Levati explained. “This year they launched a contest where they selected 18 web series to develop a teaser and a script. They will select six of those projects and provide the funding needed to produce.”