‘Broad City’ Triumphed by Letting Itself Grow Up (Column) 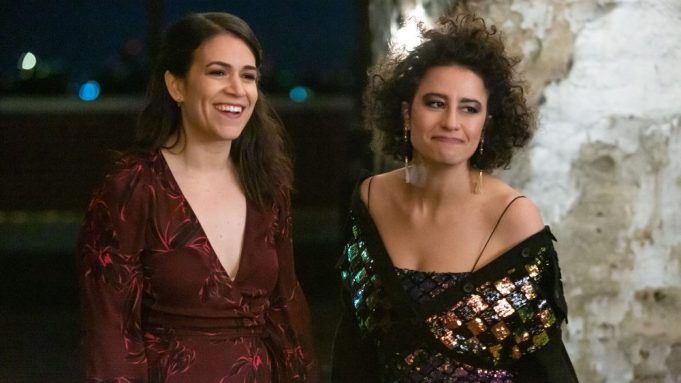 “Broad City” first splashed into our TV screens like its Technicolor credits, vibrating with a life and personality all its own. Co-creators Abbi Jacobson and Ilana Glazer, starring as hyperbolic versions of themselves, tapped into the experiences of twentysomething women like no other show ever truly had. Their facsimiles stumbled through New York with electric wit and an earnest gusto for whatever fresh weirdness came their way. They were frank and filthy stoners at a time when that archetype was largely only available onscreen to schlubby white bros. And in the show’s most moving moments, they taught each other how to embrace the best and most hidden pieces of themselves for the better.

Looking back at “Broad City” now, as a 30 year-old woman living in New York City, it’s hard not to marvel at just how well it captured the exhilarating leaps and tangled knots of one’s twenties. At first, I saw myself in Abbi’s yearning to be daring and Ilana’s determination to be interesting; I saw myself in their messiest instincts and fiercest loves. And right when a friction between their buoyant experiences and mine began to emerge as I got older, “Broad City” started to feel its age, too.

After three seasons, not to mention the 2016 presidential election, the show took a decidedly darker turn. Glazer and Jacobson decided to set the fourth season during the depths of New York’s bleakest midwinter instead of the show’s usual perpetual summer, matching their characters’ devastation to the sadness of their frozen city, waiting impatiently to thaw. Season 4 therefore felt decidedly different than what had come before, and while some diehards weren’t into the marked shift, it proved to be a crucial step to what would eventually become the transformative fifth and final season.

It quickly became clear that “Broad City” was never trying to be “The Simpsons,” keeping its characters suspended in perpetual youth for the fun of it. Because even at its most cartoonish, the show was always about two women learning how to live and love to the best of their abilities, flanked by the best and most supportive friend they could have. After three foundational years, Glazer and Jacobson made their characters face their pain, depression, and debilitating restlessness in Season 4, preparing the fictionalized versions of Abbi and Ilana to grow up in Season 5 right alongside themselves.

That’s why one of the most painful and pivotal moments in “Broad City’s” history happens in the heat of a fight just a few episodes from the end of the series. As Abbi reels in shock, her new (and soon to be ex) girlfriend Lesley (Clea Duvall) explains to her with a particularly painful brand of patient condescension that they can’t be together anymore because Abbi “doesn’t feel like an adult yet.”

“I’m sure your life is fun,” Lesley continues, “but it’s really just a series of wild shenanigans.”

“Your twenties are for shenanigans!” Abbi sputters. But Lesley has the trump card at the ready, pointing out that Abbi just turned 30 before storming out and leaving her alone, defensive and furious.

Lesley’s delivery of this hard truth is unduly harsh, which she later admits. Still, the sting remains long past her apology because “Broad City” has in effect always been “a wild series of shenanigans,” and Lesley rejecting it feels like a rejection of the show itself.

Even though it takes Abbi a minute to recognize as much, though, “Broad City” is prepared for this. In fact, it had been preparing her — and Ilana, and us — for this all season, forcing her to wrestle with her blossoming restlessness or reject it in favor of luxuriating in the safety net of what she already knows and loves.

But growing up beyond a steady stream of “shenanigans” — and more crucially, wanting to grow up beyond them — keeps gnawing away at Abbi until she can no longer ignore it. And so she musters all her strength, takes a risk, and decides to leave everything and everyone she knows to move across the country and level up. Even Ilana, “Broad City’s” perpetual saint of living in the moment, doubles down on her future by committing to grad school and a career in therapy, putting down roots in a more lasting way than she had ever thought possible.

From there, Abbi telling Ilana that she’s leaving and Ilana learning to accept it shows “Broad City” at its sharpest. At the same time that it acknowledged their co-dependence, “Broad City” also managed to honor the deep and real friendship that’s resonated with so many of its viewers since the beginning, sending it off with admirable grace and even searing clarity. Suddenly, the show that mirrored all my wildest memories was also reflecting some of my hardest-fought evolutions. I saw myself in Abbi’s yearning to mature and Ilana’s determination to solidify her scattered ambitions. I saw myself and my friends in their mutual encouragement, admiration and, eventually, willingness to draw new boundaries when necessary.

We’ll always have “Broad City’s” distinct and uninhibited strangeness. We’ll always have its profane punchlines, the new adventures lurking behind every street corner, the pulsing promises of stumbling into something new. But the legacy of this show should be how seriously it took Abbi and Ilana’s game-changing friendship, the hard-won joy of evolving alongside the people we cherish most, and the importance of all those “wild shenanigans” even (especially) as we grow up beyond them.