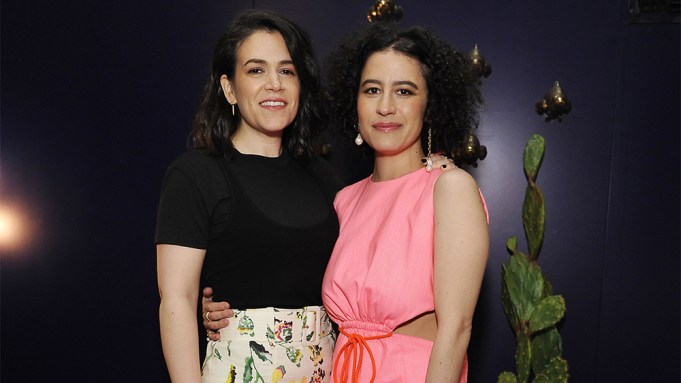 “Broad City” has seen its fair share of breakups, but perhaps none more painful than when co-creator Abbi Jacobson asked Comedy Central President Kent Alterman to coffee. That’s where they had “the talk.”

“I did it at Blue Bottle coffee,” Jacobson whispered shamefully into her microphone at the SXSW screening of her groundbreaking series’ final run.

She was describing the moment she told Alterman that the fifth and current season of “Broad City” would be its last. Jacobson remembered the experience on stage at Austin’s ZACH Theater, alongside her best friend and co-creator Ilana Glazer. Following a rowdy, hilarious, tear-soaked three episodes, Jacobson and Glazer sat in conversation to discuss the end — but not before wallpapering the venue and journalist inboxes with strict warnings that NO SPOILERS could be shared from the final three episodes (and for good reason, you’ll have to watch and see why).

“I feel really privileged to have had this experience. How much care is wild,” Glazer told the crowd, who gave the women a standing ovation when they took the stage. The women walked their gratitude talk, sitting beside each other through the screening with the audience, laughing along and at times embracing.

Jacobson said the end hasn’t quite hit them, as they only finished editing the finale on Monday. Alterman praised the girls for telling him directly they were ready to move on. “You weren’t communicating through other people, which is the way people do it in this business,” he said.

It’s hard to quantify the success and resonance of “Broad City.” It has given us: still-relevant iconic slang like “Yas Qween!”; an unapologetic, celebratory depiction of the spectrum of human sexuality; a resistance-friendly lens on social and political issues; frank discussions about religion, body image and death; and it has given us honest-to-god-laugh-out-loud brilliant comedy.

But we know what they say about all good things.

“It would be strangling to hold on to this beautiful, spontaneous world. To go beyond that would be perverting it,” Glazer said.

Both women agreed the show had been the most profound things in their lives thus far, but were ready for a new experience — one that wasn’t solely reliant on creating a reality so close to their own (their characters have their names, and the situations they find themselves in often spring from personal experiences).

Glazer thought back to another ending, their web series “Broad City,” which was developed for Comedy Central by executive producer Amy Poehler.

“Do you remember the web series finale, with Amy?” Glazer asked Jacobson. “She says [in that finale], ‘You have to take life by the balls.’ We wrote her saying what we needed to hear in real life. Now that the end is on the horizon, I am seeing this as art and not just the personal therapy vehicle is has been.”

Call your own therapist. The finale of “Broad City” airs March 28 on Comedy Central.