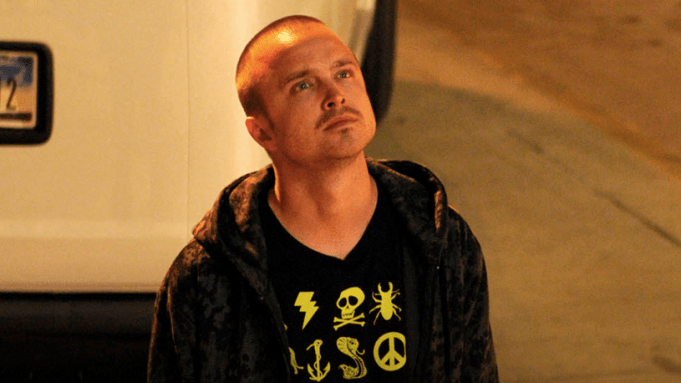 The planned “Breaking Bad” movie is coming to Netflix.

Variety has confirmed with sources that the feature length follow-up to the critically acclaimed AMC series will stream on Netflix prior to airing on the cable network. That is the opposite roll out strategy from the original show. The series originally premiered on AMC in 2008 before becoming available later on the streaming service.

Details of the film’s plot are being kept under tight wraps. It has been previously reported, however, that the film would star Aaron Paul and would follow his character–Jesse Pinkman–in the aftermath of the events of the original series finale. Original series creator Vince Gilligan is writing and directing the project.

It is unknown if Bryan Cranston, who played main character Walter White in the series, would appear in the film. Cranston previously confirmed the film was happening but would not say whether or not he would be involved.

Per the New Mexico Film Office, a film titled “Greenbrier” was scheduled to film in Albuquerque from November to mid-February. The official description of the film states: “‘Greenbrier’ tracks the escape of a kidnapped man and his quest for freedom.” Fans of the series will recall that Pinkman was kidnapped by a gang of neo-Nazis and forced to continue cooking meth for them until he escaped with the aid of Walter White.