ViacomCBS Chief Bob Bakish: ‘We Are Hitting the Ground Running in 2020’ 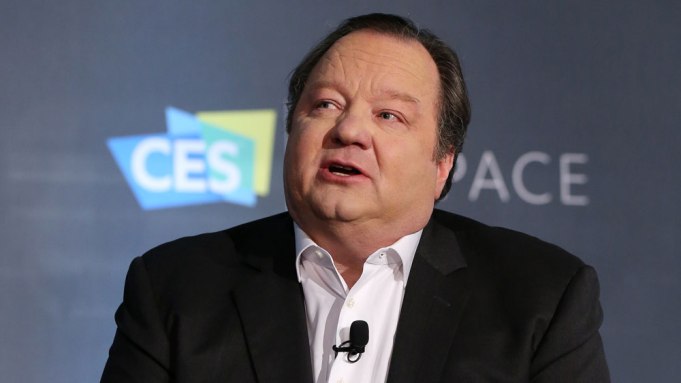 Nobody in the vast media universe is more excited to see the new year dawn than Bob Bakish.

The president-CEO of ViacomCBS is eager to get moving on growth initiatives that have been on the drawing board for months.

The biggest change to come from the reunion of Viacom and CBS Corp. – two halves of the Redstone family empire that formally merged on Dec. 4 – is that the company is streamlining all advertising sales, content licensing and distribution activities under three key revenue-generating leaders.

“It gives us a strong hand to play and will make it easier to do business with us,” Bakish told Variety. “We have an extraordinary collection of assets that are irreplaceable by any other company.”

Bakish remembers the last time that Viacom and CBS were under the same roof – from 2000 through 2005 – and back then there was definitely no effort to approach the market in a cohesive way. This time around, Bakish is convinced that establishing streamlined operations for advertising sales (headed by Jo Ann Ross), content licensing (Armando Nunez) and distribution (Ray Hopkins) that stretch across the company’s broadcast, cable and digital properties will help ViacomCBS better leverage its considerable market share.

“We are hitting the ground running in 2020,” Bakish said. “We are unlocking value across the entire company. We have set up the organization to enable this.”

Bakish’s enthusiasm for the potential of the combined company is palpable. He was prepared for the re-engineering effort that is required by any merger because it was just three years ago that he took the helm of Viacom at a time of deep crisis, after a year of management turmoil and sharp declines in its profit centers.

At that time, Bakish and his top lieutenants had to take a hard look at how Viacom’s divisions were operating and plot a different course. That dissection process was top of mind as Bakish and ViacomCBS chairman Shari Redstone considered options for the post-merger structure.

“I’m glad we went through all that we did in the last three years,” Bakish said. “Re-invention is a dynamic we’re all much more familiar with and comfortable with. Now we have an extended asset portfolio and we know where we need to go.”

Investors have been less bullish than the boss on ViacomCBS’ fortunes. Bakish suspects some of the decline in Viacom and CBS shares after the Aug. 13 merger agreement was announced was fueled by short sellers. ViacomCBS shares took another dive in the days after the stock-swap deal was completed on Dec. 4. So far this week, shares are on the upswing, closing Tuesday at $40.28, up 1%. For the year to date, ViacomCBS shares are down about 28%.

“The market doesn’t like uncertainty,” Bakish said, acknowledging that questions remain about the company’s ability to execute in a challenging global market. “As the uncertainty clears, the stock will rise.”