Everything You Need to Know About ‘Big Little Lies’ Season 2 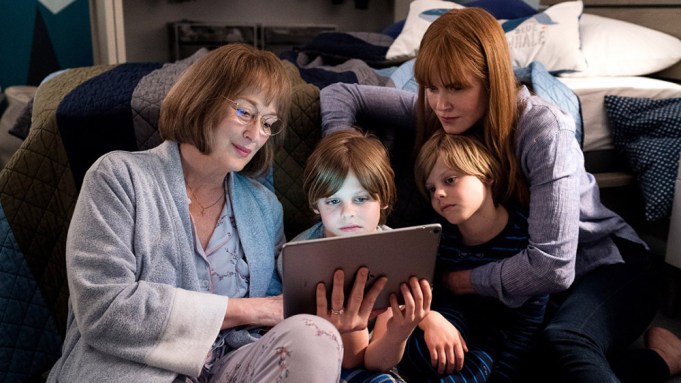 With eight Emmys and four Golden Globes under its belt, HBO’s hit drama “Big Little Lies” returns for a second season this summer. For new viewers and returning fans, here is everything you need to know ahead of the season’s premiere.

When Is the Premiere?

HBO says the limited series will return on June 9.

Most of the Monterey, Calif., moms and their families are set to return for the sophomore season. Lead actresses Reese Witherspoon, Nicole Kidman and Shailene Woodley will all be back, along with supporting cast members Laura Dern, Zoë Kravitz, Adam Scott and James Tupper. Even though his character died at the end of season one, Alexander Skarsgård, who won an Emmy and Golden Globe for his role, could make a return appearance — presumably in a flashback?

The biggest announcement in the off-season was that Meryl Streep will join season two as Mary Louise Wright, the mother of Perry Wright (Skarsgård). She will be searching for answers following her son’s death and looking after her grandchildren. Back in November, Skarsgård spoke to Variety about Streep coming to the set for the first time.

“I tried to guide her,” he joked. “She was very nervous, I held her hand and said, ‘You’re amongst friends, everyone is very nice here.’ It’s always tough to be new on a job. But I felt I mentored Meryl through that experience and she did a really good job. I’m proud of her. I’m not going to take all the credit for her performance in ‘Big Little Lies’ this season but…a little bit.”

The sophomore season will introduce Crystal Fox and Martin Donovan as Bonnie’s (Zoë Kravitz) parents, and Mo McRae will join as a second-grade teacher. Douglas Smith, Poorna Jagannathan and Denis O’Hare will also appear in the new season.

Andrea Arnold will take over for Jean-Marc Vallée as director. Previously, she helmed “American Honey,” “Fish Tank” and several episodes of “Transparent.”

Originally billed as a miniseries, the first season was based on the best-selling book of the same name by Liane Moriarty. There were originally no plans for a follow-up, but HBO renewed the series, and Moriarty wrote a novella as a template for the script. Witherspoon and Kelley spoke about the new season at the Television Critics Association press tour in February.

“It helped that the characters were alive in [Moriarty’s] mind,” Witherspoon said.

Kelley added, “We really didn’t close the chapter. It ended on a very open note of what’s going to happen next.”

No announcements for a potential third season have been announced yet, but Kidman is attached to a new project based on Moriarty’s recent book “Nine Perfect Strangers.” Her production company Blossom Films shares the TV/film rights with Witherspoon and Bruna Papandrea’s Made Up Stories company. Kidman is slated to star in the adaptation about a group of people restarting their lives at a remote health resort.