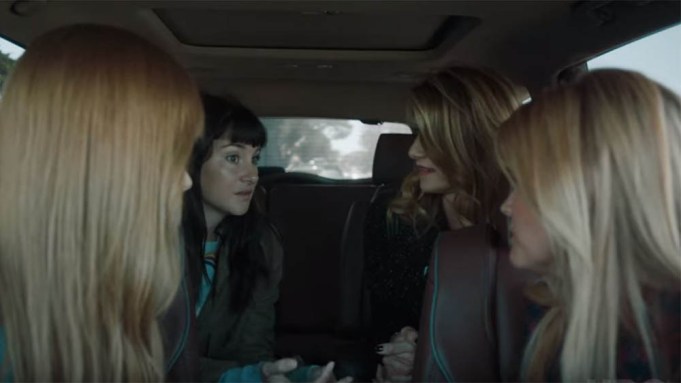 Everyone’s other favorite HBO drama finally has a premiere date.

HBO also dropped a new teaser trailer for the second season, which sees the return of stars Nicole Kidman, Reese Witherspoon, Shailene Woodley, Zoe Kravitz, and Laura Dern along with the addition of Meryl Streep, ahead of the season 8 premiere of “Game of Thrones.”

In the teaser, Jane (Woodley) realizes the group are being referred to as the “Monterey Five” — “like we all have scarlet letters on our backs.”

“My son is dead,” Streep’s Mary Louise Wright says in a voiceover. “I want to know what happened that night. I’m very tempted to ask you but I, I don’t think I would get the truth, would I?”

The sophomore season will also introduce Crystal Fox and Martin Donovan as Bonnie’s (Kravitz) parents, and Mo McRae will join as a second-grade teacher. Douglas Smith, Poorna Jagannathan and Denis O’Hare will also appear in the new season.

Andrea Arnold will take over for Jean-Marc Vallée as director, with creator David E. Kelley returning to write each episode and Witherspoon and Kidman as executive producers.

Kelley said at a TCA panel for the series that season 2 will “drill down” on the women’s lie and explore “how will that lie permeate” the community of Monterey.