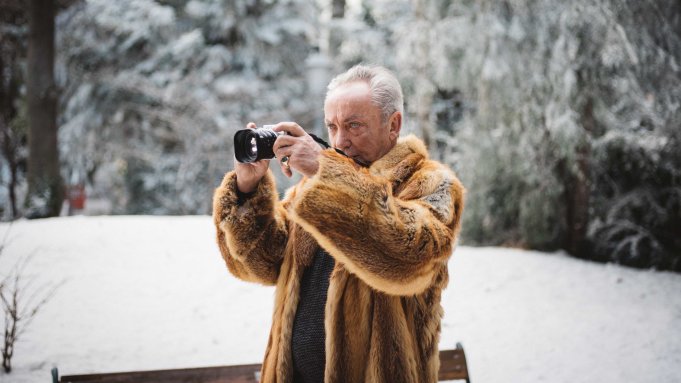 Beta Film has rolled out its first major territory sales on drama series “M – Eine Stadt sucht einen Mörder” (“M – A City Hunts a Murderer”), which has just been confirmed by the Berlin festival as one of seven shows selected for its TV strand, Berlinale Series.

A potential Berlinale Series talking point, “M – A City Hunts a Murderer” is inspired by Fritz Lang’s 1931 movie “M,” his first film with sound, starring Peter Lorre as a child serial killer memorably whistling “In the Hall of the Mountain King” by Edvard Grieg as he approached his young murder targets. The eerie whistle and images, such as the ball of one victim rolling across some grass as the murderer leads her away, helped build Lang’s international status. He always considered “M” his favorite film.

The storyline is broadly the same – a child’s murder plunges a city into panic – but the setting has been moved to a snowy Vienna. A mysterious clown whistles a haunting melody. As far-right politicians seize the moment to step up security, in another parallel from the original, the criminal underworld’s business is disrupted so badly by police raids that it hunts the assassin down, subjecting him to kangaroo court trial.

The trailer features macabre vignettes such as a child’s red jacket left on a bench in the snow, a young child’s uncertainty as she’s approached by the murderer, bodies frozen in icy snow, and children left alone in their rooms. The trailer also captures the desperation of parents who have lost their children in a society caught between sinister forces of order and criminality.

Among a number of series excerpts screened by The Wit at Mipcom, “M” was the darkest series on show.

“M” will screen at the Zoo Palast, the Berlinale Series venue, and also be shown at the Blauer Stern cinema in Pankow as part of the Berlinale Goes Kiez program as the Berlinale continues to screen TV series at venues in local Berlin neighborhoods.