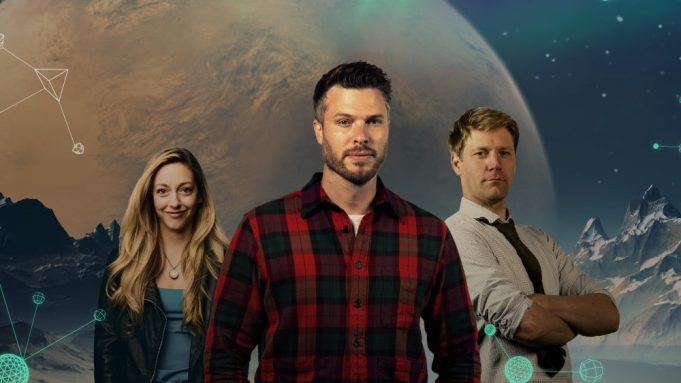 British television presenter Rick Edwards attempts to levitate in the trailer for “The Edge of Science,” a new YouTube Original that is the first by BBC Studios for the platform.

In the special, Edwards and his team embark on stunts and carry out experiments to try to explain levitation, speaking to scientists, inventors and experts along the way. “I’m about to do something I’ve always dreamt of but never thought would be possible: levitate,” Edwards says in a darkened studio at the top of the clip.

The presenter said the show was a great fit, given his scientific leanings. “I’ve always been fascinated – fine, obsessed with – science, so I’m delighted that YouTube is letting me explore the mad stuff happening at its outermost reaches,” he told Variety.

“The Edge of Science” is the first YouTube Original commission for BBC Studios, the production, and commercial arm of the U.K. pubcaster. The show was made in partnership with BBC Studios’ Science Unit and will play worldwide on YouTube.

“Alongside famed YouTube inventor Colin Furze and a small crew of the most passionate YouTube science creators, the nation’s favorite scholar, podcaster and writer Rick Edwards puts the most ‘out there’ ideas in science to the test in a quest that involves an ambitious range of stunts, experiments and new world records,” said Luke Hyams, head of YouTube Originals for the EMEA region.

Furze told Variety that he was to explore “the ideas that people think are science fiction and discovering they are possible” in the show.

Objects seemingly float and the team experiments with liquid nitrogen, hover boards, and magnetic levitation as they become more deeply involved. “I hope the series inspires people to dig into their own curiosity and recognize how innovative you can be in tackling the simple task of levitation,” Cowern said of the special.

Dawson, who throughout explains how the technology featured could transform all our lives, added: “I enjoyed having the freedom to speculate on how different types of levitation could impact our lives, but what blew my mind was being able to experience the cutting-edge science we described in action.”

“The Edge of Science” will drop on the BBC Earth channel on YouTube on Dec. 10. The special runs to about half an hour, with an extended version for paying YouTube subscribers.