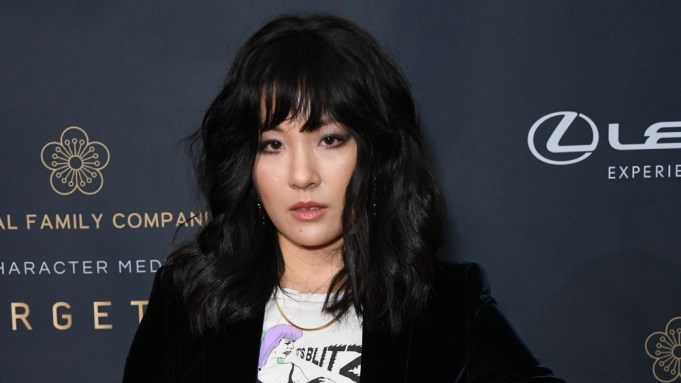 Following Variety’s exclusive reporting in November that Jay Leno made an off-color, anti-Asian joke as a guest judge on NBC’s “America’s Got Talent,” Asian Americans in Hollywood expressed their praise for actor and ex-“AGT” judge Gabrielle Union for reportedly flagging the joke to the show’s producers. A month after Union’s season wrapped, her contract with the show was not renewed.

“I mean, the only way change happens is if people speak up. It’s an industry that tries to make women and women of color stay in their lane, and I think we’ve gotta veer out of our lanes sometimes. We have to lift each other up,” Constance Wu told Variety at the Unforgettable Gala. “I really admire her for everything she did and everything I know she’s going to do.”

Daniel Dae Kim, a keynote speaker at the event, added, “Gabrielle Union has always been an outspoken advocate for the Me Too Movement and for equal rights in general so I support her and what she had to do.”

Other attendees of the gala, organized by Character Media and celebrating Asian Americans in entertainment, said Union’s actions are a demonstration of the importance of allyship among marginalized groups in Hollywood.

“I mean it’s really about the fact that we all face the same struggle,” said the night’s host Simu Liu, who will star as Shang-Chi in Marvel’s upcoming “Shang-Chi and the Legend of the Ten Rings,” the first Asian-led film in the Marvel Cinematic Universe.

He added, “I think so many of us have grown up feeling othered.”

“Crazy Rich Asians” co-writer Adele Lim added that allyship is imperative for underrepresented groups to reach equality in the industry. Upon learning that Lim would be making a fraction of what he would earn for penning a sequel to the hit 2018 rom-com, co-writer Peter Chiarelli reportedly offered part of his salary to Lim to help reach pay parity. Lim ultimately left the project.

“I think the most difficult fight women and people of color have faced in the industry is basically having to face that fight alone, and it would be wonderful for other people to see our struggle and be able to throw support behind us,” said Lim.

Union alluded to her firing from “America’s Got Talent” at an event on Monday morning, although did not specifically call out the series or NBC.

“Don’t be the happy negro that does the bidding of the status quo because you’re afraid. Don’t allow them to call you angry when someone else is called passionate. It’s terrifying. There’s a solid chance you’ll lose your job … I speak from experience,” she said.

Nico Santos, who stars on the network’s sitcom “Superstore,” however, was more offended that the comedian did not come up with a more original jab.