By
Joe Otterson, Will Thorne 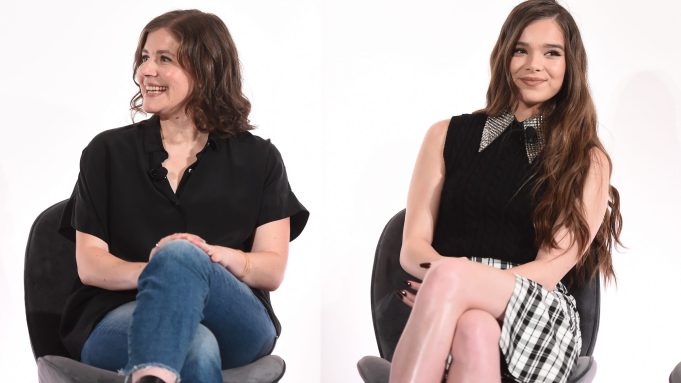 The casts and creative teams behind six of Apple’s forthcoming original series appeared at the Variety & Apple TV+ Collaborations event on Friday, offering behind-the-scenes info on the nascent streamer’s shows.

In a series of panels presented at Avra Beverly Hills, the audience of entertainment-industry awards voters learned firsthand how many of the shows came to be, how the stars felt diving into their complex roles, and a even a few plot tidbits ahead of the launch of Apple TV+ on Nov. 1.

Read details of each panel below.

Stars and executive producers Jennifer Aniston and Reese Witherspoon both praised the quality of work being done on streaming platforms nowadays, which has allowed new types of stories to be told for the first time in years.

“The emergence of the streaming world has really opened up entertainment to different kinds of storytelling and perspectives and voices,” Witherspoon said. “We’ve been having the same people make movies for the last 40 years with the same actors and it’s just time for different faces and voices.”

Both women also said that Brian Stelter’s book “Top of the Morning” provided fascinating insight into the world in which the show takes place, including the fact that female anchors are often subject to significantly more scrutiny than their male counterparts.

Aniston said that she researched the role further by going to the set of “Good Morning America” for a day, speaking with people in front of and and behind the camera.

Finally, Aniston and Witherspoon praised the fact that the show does not skew toward the female or male perspective, saying that showrunner Kerry Ehrin worked hard to keep things balanced.

“One thing that I thought Kerry does so brilliantly is she doesn’t come at it with a judgment on either side,” Aniston said. “It’s up to interpretation for the most part. So you can follow each character and feel things and have empathy. It’s just beautiful, very operatic.”

Showrunner Dan Shotz and blindness consultant and associate producer Joe Strechay took to the stage to talk about the epic series starring Jason Momoa and Alfre Woodard. In the show, Momoa plays a warrior in an alternative future where all humans are blind, and Shotz teased that viewers will see a very new side of the “Aquaman” star.

“When you watch the show it’s a different Jason Momoa than we’ve ever seen. He’s a father in this story, it’s very personal for him. We all know he can do the action and the big movies, but this was a really personal story for him and he found it at the core,” Shotz said.

Strechay gave some insight into how the show created an accurate portrayal of blindness, as well as pushing the boundaries for the types of characters blind people can play on screen.

“When this came along I saw the ability to impact the whole world, show how people who are blind can do all kinds of things, showing people who are blind as warriors, lovers, heroes and villains,” he said. “You don’t see that out in the world, you see a person with a disability sitting in the corner who needs help and this show takes that and throws it on its head.”

The drama series stars Octavia Spencer as a true crime podcaster who revisits the case that made her career as she believes the wrong man (Aaron Paul) may have been convicted.

Showrunner Nichelle Tramble Spellman said that the aftermath of popular true crime podcasts and shows that have exploded in the past few years is what drew her to this material.

Spencer also admitted that she watches true crime shows often and was thrilled at the chance to dive deeper into that world.

“I am an armchair detective,” she said. “I watch these things to try to find out if I know who the killer is, so to do anything investigative day after day was great.”

Spencer, Spellman, and executive producer Lauren Neustadter also said that in speaking with real journalists, few were willing to say if there was one particular story they fear they got wrong and whether they would work to correct that mistake years later. Neustadter said that drive forms the core of Spencer’s character, Poppy.

“I think it’s all about integrity for Poppy,” she said. “We go with her and feel passionate about understanding the truth because she does. She is willing to put everything on the line because she is a good person and she knows that if she was wrong, she has to admit that she was wrong.”

“I found [my character] fascinating because we are all flawed as human beings and I think we evolve when we own those flaws,” Spencer added.

Emily Dickinson herself — star Hailee Steinfeld — talked about what drew her to play the iconic 19th century poet, and why her story is highly relevant to today’s world and young people in particular.

“I fell in love with how different this was. It’s a period piece, which I assumed from the title, but I loved picking up on all the modernisms, from the music to the language, and I was excited, but also shocked and a little blown away by the parallels that are in this show thematically that we’re still dealing with today,” Steinfeld said. “I loved the idea of through Emily Dickinson, through this time in history, bringing to people’s realization, especially my generation, how far we’ve come, but also how much work still needs to be done. This is a show about Emily fighting as a young artist to be heard, to be understood.”

Showrunner Alena Smith revealed that she, like so many Americans, had grown up idolizing Emily Dickinson and her poetry. Smith agreed with Steinfeld that the theme of female empowerment was one of the main reasons she decided to bring the story of Dickinson to the screen in 2019, and she even compared the character to another iconic, powerful woman from TV this year.

“This Emily Dickinson takes no prisoners. Sometimes I even compare her to Khaleesi in ‘Game of Thrones’ — she’s going after those dragons, but they’re her poems,” Smith said. “It took some incredibly badass spirit for her to keep writing without us knowing where she got that fuel from. We show Emily in a white dress in the first episode, but then we explode out from that with crazy colors and prints.”

Creator Ronald D. Moore went into the series initially with the intention of doing a “Mad Men”-like show set at NASA in the late 1960s and early 1970s, but that idea soon gave way to an alternate-history show in which the Soviets beat the United States to the moon.

Despite the fictional take on historical events, Moore and his team still made sure to include real quotes and details from the real historical figures featured in the story.

“You’re still trying to keep it as authentic as possible,” he said. “Fundamentally you’re asking the audience to take this leap with a fantastical idea into an alternate world, so the closer you can make it feel true, I think the more willing the audience is to go with it.”

Authenticity was key in all areas, especially with the show’s costumes. Costume designer Jill Ohanneson had done period work before, but a show set in the space program offered unique challenges.

“Working with spacesuits was definitely tricky and making sure that the actors could do what they needed to do, could do what Ron needed them to do, and that they were comfortable going in was really important.”

Ohanneson went on to say that real space suits weigh well over 50 pounds, so wirework was required to make the actors appear as though they were weightless in scenes that took place in outer space.

The final panel of the day was for the secretive M. Night Shyamalan series “Servant,” and lead actor Lauren Ambrose talked about dancing around spoilers when discussing the “crazy thriller.” Ambrose said she was in the middle of playing Eliza Doolittle in “My Fair Lady” when she read the script, and was drawn to playing a character who is the polar opposite of the women she usually plays.

“She’s this ambitious, type A woman who refuses to fail at anything and she has this ultimate failure, this terrible tragedy and how she deals with grief is bananas,” Ambrose said, as her on-screen husband Toby Kebbell nodded next to her and raised his eyebrow ominously.

Kebbell plays a chef on the show, and the British actor revealed that he cooked all the meals presented on screen himself.

When asked to show off his knife skills in the audition for the part, Kebbell said the producers were so impressed they asked him what kitchen he had worked in before. “My mother was a Cordon Bleu chef, so I was her servant for a long time in the kitchen, so I was incredibly skilled without really knowing it,” he said

Executive producer Jason Blumenthal went on to discuss the intensity of shooting the entire first season inside a single house in Philadelphia, and how he was able to catch the interest of the notoriously picky M. Night Shyamalan.

“I sent him episodes 1 and 2 of ‘Servant.’ I thought I wouldn’t hear from him for a long time. He made it clear he didn’t read other people’s stuff,” Blumenthal said. “I woke up at 6 a.m. the next morning to go to set and he’d already emailed me, and all it said was ‘M. Night Shyamalan, WTF,’ and I knew I had him, because he knew this was something different and special.”