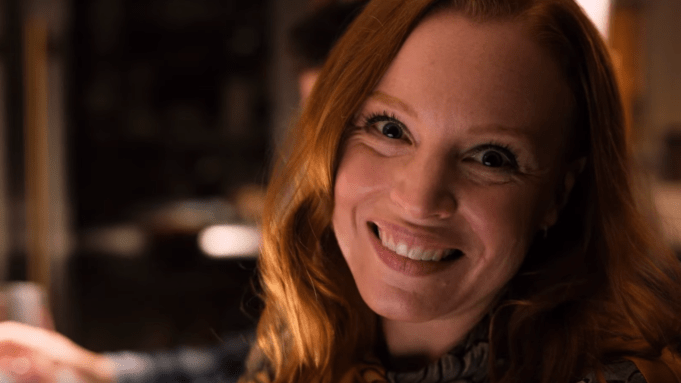 Apple has released the creepy trailer for its M. Night Shyamalan series “Servant.”

The half-hour thriller series, exec produced and directed by the “Sixth Sense” and “Split” helmer, premieres on Nov. 28 on Apple TV Plus and centers around a Philadelphia couple in mourning after an unspeakable tragedy creates a rift in their marriage and opens the door for a mysterious force to enter their home.

The trailer shows Lauren Ambrose and Toby Kebbell as the grieving couple living in a grand townhouse, who hire Nell Tiger Free’s character to be the nanny to their baby. However, the terrifying twist seems to be that baby Jericho died at 13 weeks old, and that Ambrose and Kebbell have replaced him with an eerily similar looking doll version.

“Harry Potter” star Rupert Grint also pops up in the trailer, and at one point he is seen screaming at the top of his lungs as the trailer’s pace quickens and the music becomes even more chilling.

During the “Servant” panel at Variety and Apple TV Plus’ Collaborations event, Kebbell and Ambrose teased just how weird and disturbing things are going to get in the series, and executive producer James Blumenthal discussed how he convinced M. Night Shyamalan to collaborate with him on the upcoming series.

Blumenthal said he didn’t expect to hear from the director for a while after sending over the scripts for episodes one and two of the show because Shyamalan had previously told him he didn’t read other people’s scripts. “I woke up the next morning at 6 o’clock. He had already emailed me and all it said was ‘M. Night Shyamalan: W-T-F’ and I knew I had him,” he said.

Shyamalan is directing the series alongside creator, executive producer and writer Tony Basgallop.