‘Angie Tribeca’ to End After Four Seasons on TBS

By
Will Thorne, Joe Otterson 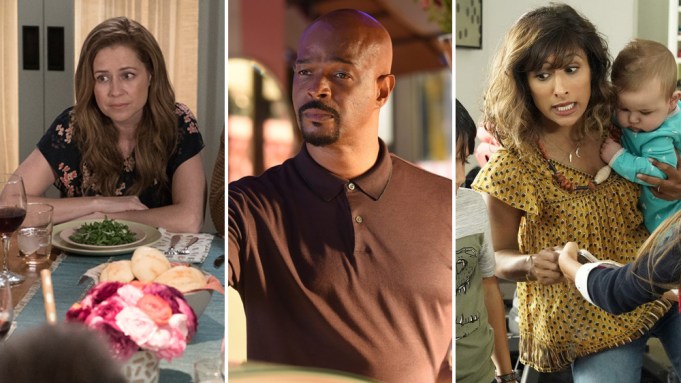 “Angie Tribeca” is coming to an end after four seasons, Variety has learned.

The show, which was created by Steve and Nancy Carrell, starred Rashida Jones as the titular LAPD detective. The series launched as part of TBS’ push to become a home for an edgier brand of cable comedy, along with shows like “Search Party.”

Jones recently wrote and directed the documentary “Quincy” about her father, music legend Quincy Jones. She also recently set up the project “Kevin Can F— Himself” at AMC alongside her producing partner Will McCormack and Valerie Armstrong. That project revolves around the secret life of a sitcom wife, examining the trope of the beautiful woman married to a “caveman-like husband” from her POV.

Hayes MacArthur, Jere Burns, Deon Cole, Andree Vermeulen, and Bobby Cannavale all also starred alongside Jones in “Angie Tribeca.” The zany cop spoof series was executive produced by both Carells, along with Ira Ungerleider, who served as showrunner.

Season 4 of “Angie Tribeca” was released in its entirety back in December. Notable guest stars on the show included Bill Murray, Lisa Kudrow, Keegan Michael-Key, and Natalie Portman. For a period, the series ranked as one of cable’s top 10 comedies across all key demos.