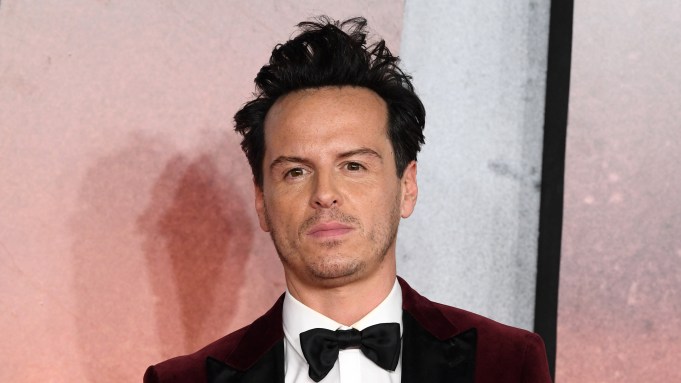 To the delight of “Fleabag” fans everywhere, the “Hot Priest” Andrew Scott received his first-ever Golden Globe nomination Monday morning. His role instantly became an internet phenomenon, thanks in large part to his chemistry with “Fleabag” creator and star Phoebe Waller-Bridge. He’s up against Alan Arkin (“The Kominsky Method”), Kieran Culkin (“Succession”), Stellan Skarsgård (“Chernobyl”) and Henry Winkler (“Barry”) in the best supporting actor in a series, limited series or motion picture made for television category. Next up, he’ll star as the titular “Ripley” in the Showtime series based on Patricia Highsmith’s novels.

Variety spoke with him about his nomination, playing Tom Ripley and whether he thinks there should be a Hot Priest spinoff.

Where were you when you found out about your nomination?

I was with my best friend, we were sharing a chocolate chip cookie in a local cafe here in London. And my agent called and gave me the news and I was really delighted. I’m thrilled. I didn’t forget to finish the cookie. I rang Phoebe and just spoke to her, so we’re both really thrilled and can’t believe that the show has captured people’s hearts all over the world. It’s really incredible.

What has made Hot Priest so special?

It’s a compliment for a few things. I think he’s a very well-written person. Phoebe is often hailed as a great feminist writer, which of course she is, but she took great care in making a complex, funny male character as well. We talked a lot about what he should be and how a man of the cloth can be represented on screen and tried to make him nuanced and complex. He had to be a match to Fleabag because he is really the only person who sees her fully. He had to be pretty formidable in how complex a character he is.

What can people expect with Tom Ripley?

I’ve been very lucky in my career to play quite iconic literary characters, like Moriarty and Hamlet. I think it’s very important to be respectful but not overly reverent. There’s no point in attaching yourself to a part if you’re not going to give any of yourself. The script is genuinely funny. I think there’s an opportunity to make something genuinely special. We can really go into who this guy is in a very complex, nuanced way. It’s also incredibly funny and thrilling and it explores so many things about sexuality. I couldn’t be more excited to be joining that.

What would Hot Priest think of Tom Ripley?

You know what, they’re not that different in a sense. What connects them in my mind is an idea of vulnerability. I think they’d find each other fun. I think they’d both be very good around Rome. They could go to the Vatican and Venice.

There’s no Season 3 of “Fleabag,” but would you ever do a Hot Priest spinoff?

[Laughs] No, I don’t think so. I think we’re going to leave that story alone. But Phoebe and I have plans to work together on something else. What we shared as well as her being such a great friend and having great chemistry, we wanted to work on stuff together. Maybe not Hot Priest, but I can definitely say that we are going to be working on something together.