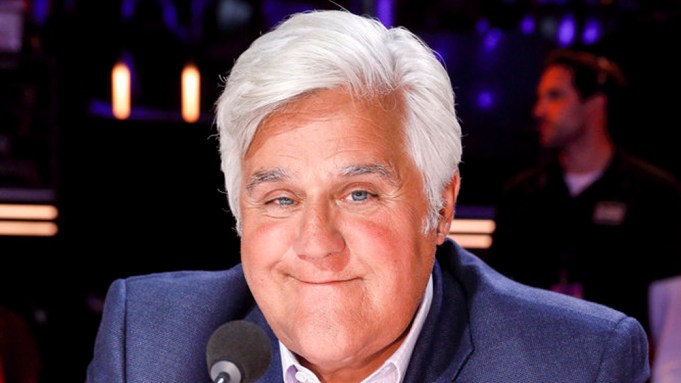 Two organizations dedicated to the inclusion and representation of Asian American communities in media have condemned comedian Jay Leno, with one in particular calling on network NBC to sever its business ties with the former late night host.

Both organizations — Asian Americans Advancing Justice, and the Media Action Network for Asian Americans — refer to a joke Leno made about Asians eating dog meat when he appeared as a guest judge on “America’s Got Talent” in August. An account of the joke, which was said on camera and cut from the final episode of the Simon Cowell-owned competition series, was included in an exclusive Variety report describing a problematic culture at the show.

“Jay Leno is a repeat offender in denigrating a part of our Asian American community and it must stop,” John C. Yang, president and executive director of Advancing Justice, said in a statement.

Yang said Leno has exhibited a pattern of stereotyping Asians in his routine throughout his career, “whether it is his use of this offensive stereotype to talk about a Korean skater’s Olympic loss in 2002 —’Kim Dong-sung was so upset, he went home, kicked his dog, then ate him!’ — or his apparent recent comment backstage at ‘America’s Got Talent’ where he remarked that pets in a photo looked like something one would find ‘on the menu at a Korean restaurant.'”

Of Leno’s overall humor, Yang told Variety that jokes of this nature are “so toxic because it is intended to minimize a community and somehow make that community seem less civilized.”

“We applaud Gabrielle Union for not only calling out Leno’s behavior for what it is, but also more importantly for her willingness to stand up for a fellow community of color,” Yang concluded.

MANAA’s founding president Guy Aoki took his group’s sentiments a step further, saying Leno has long had a “bizarre fixation with Asians eating dogs,” and called on NBC to drop the Leno-hosted series “Jay Leno’s Garage,” which airs on CNBC in a primetime slot.

Aoki, who said his nonprofit counts nearly 400 members, detailed a lengthy battle to curb Leno’s Asian jokes throughout the years.

“It took two conference calls, countless meetings with NBC executives, even admonishment from a high ranking NBC executive and two advertiser campaigns to get Jay Leno to stop after 10 years,” Aoki said.  “Given that after all this time, Leno has been an unrepentant repeat offender … MANAA is asking NBC to end its business relationship with him.”

A spokesperson for Leno did not return Variety‘s request for comment. An NBC spokesperson declined to comment, citing the network’s ongoing investigation into the joke and numerous other accusations of toxicity at “America’s Got Talent.”

Those include notes that Union’s rotating hairstyles were “too black,” racial insensitivity in booking the performers on “AGT,” a general pressure applied to the female judges on the show, and health and safety issues like Cowell’s reported indoor smoking.