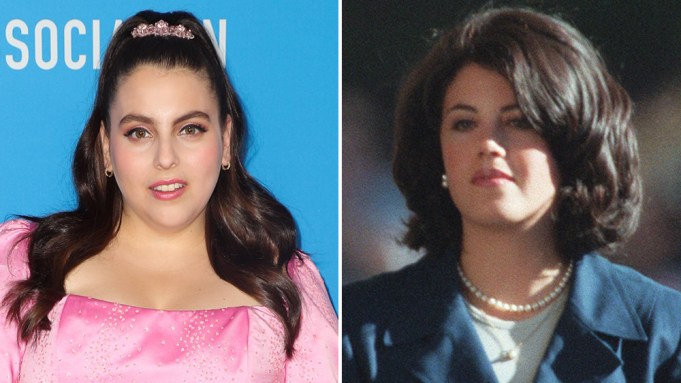 “American Crime Story” Season 3 is officially moving forward with the FX series set to tell the story of the impeachment of President Bill Clinton.

Beanie Feldstein will star as Monica Lewinsky, with Sarah Paulson as Linda Tripp and Annaleigh Ashford as Paula Jones. The season will be based on Jeffrey Toobin’s book “A Vast Conspiracy: The Real Story of the Sex Scandal That Nearly Brought Down a President.”

Production on Season 3 will begin in February with the premiere slated for Sept. 27, 2020. The announcement was made Tuesday at the Television Critics Association summer press tour.

“FX’s ‘American Crime Story’ franchise has become a cultural touchstone, providing greater context for stories that deserve greater understanding like the O.J. Simpson trial and saga, and Andrew Cunanan’s tragic crime spree which concluded with the assassination of Gianni Versace,” said John Landgraf, chairman of FX Networks and FX Productions. “This franchise re-examines some of the most complicated, polarizing stories in recent history in a way that is relevant, nuanced and entertaining. ‘Impeachment: American Crime Story’ will likewise explore the overlooked dimensions of the women who found themselves caught up in the scandal and political war that cast a long shadow over the Clinton Presidency. We are grateful to Sarah Burgess for her brilliant adaptation, as well as Ryan Murphy, Nina Jacobson, Brad Simpson, Brad Falchuk, Larry Karaszewski, Scott Alexander, Alexis Martin Woodall, Sarah Paulson and the rest of the creative team and cast.”

It had been announced in 2017 that the Clinton impeachment would serve as the basis for a new season of “American Crime Story.” There had also been talk that a season set in the aftermath of Hurricane Katrina would as well, though it was previously stated that neither of those seasons were moving forward.

Feldstein has received widespread praise for her roles in films like “Booksmart” and “Lady Bird.” She also recently appeared in the FX comedy series “What We Do in the Shadows.” She is repped by WME and Brillstein Entertainment.

Paulson, a mainstay in Ryan Murphy’s work, has recently appeared in films like “Glass” and “Ocean’s 8.” She is also currently working on the FX series “Mrs. America” and the Netflix series “Ratched.” She starred as prosecutor Marcia Clark in Season 1 of “American Crime Story.” She is repped by CAA.

Ashford appeared as Elizabeth Cote in Season 2 of “American Crime Story.” She is also known for her roles on shows like “Masters of Sex” as well as “Nurse Jackie,” “Law & Order: SVU,” and “The Big C.” Her film roles include “Top Five,” “Rachel Getting Married,” and “Frozen.” She is repped by ICM and Beth Rosner Management.