David E. Kelley Would Support an ‘Ally McBeal’ Reboot, but With a Female Showrunner 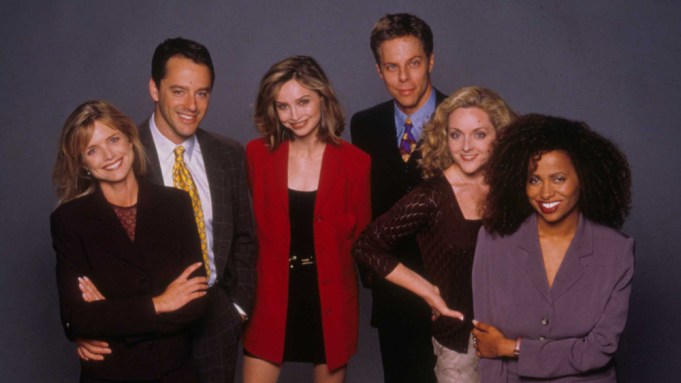 When “Ally McBeal” premiered in the late ’90s, many critics applauded the legal drama for its portrayal of a flawed, complex woman in a central role. The show also sparked a national conversation when Time magazine infamously put Calista Flockhart’s face on its cover next to Susan B. Anthony, Betty Friedan and Gloria Steinem, asking, “Is feminism dead?”

Despite the controversial opinions regarding the show’s handling of female representation, critics still write about the show being far ahead of its time.

More than 20 years after “Ally McBeal” premiered, television is now showcasing some of the best roles for women, as female characters have progressed immensely to avoid tired tropes and stereotypes.

So, in this age of endless reboots, could “Ally McBeal” make a comeback?

David E. Kelley — the creator of “Ally McBeal” and some of TV’s most successful shows from “Boston Legal” to “Chicago Hope” to “Picket Fences” and now HBO’s “Big Little Lies” — has no plans to bring “Ally McBeal” back to TV, but he reveals he’s not opposed to a reboot.

But there’s a catch: Kelley says he’d want any rebooted version of “Ally McBeal” to be run by a female creator.

“I think ‘Ally McBeal,’ in the wake of Me Too and Time’s Up, would only have more relevance,” Kelley told Variety at the Season 2 premiere of “Big Little Lies” Wednesday night in New York City. “I would not be opposed to that being done again, but in somebody else’s hands because I did that one, and I think if it were going to be rebooted, it should be started up by somebody else, and preferably a woman.”

Airing from 1997 to 2002, well before the Me Too movement hit Hollywood, “Ally McBeal” covered sexual harassment, sexism and workplace discrimination cases. The show won the Emmy for outstanding comedy series, and also the Golden Globe two years in a row.

Aside from “Ally McBeal,” Kelley says he thinks “Boston Legal” would be an interesting show to exist in today’s political landscape while Trump is in office.

“‘Boston Legal,’ in this current world in Washington, I think would be especially ripe,” Kelley says. “So I have missed that show, but I haven’t been compelled to want to go back and re-do it.”