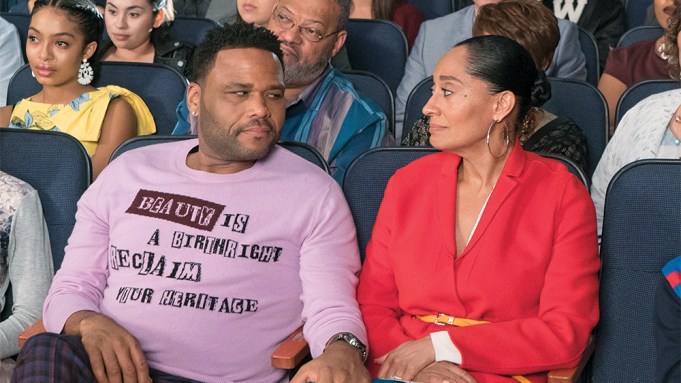 Just like its competition this year, ABC is using “stability” as its buzzword for next season, as well as leaning into its female-centric brand.

The company announced on Tuesday that its fall 2019 schedule will feature just three new scripted series, touting that it makes for the network’s “most stable schedule in over a decade.”

Although the scuttlebutt around Hollywood was that new ABC entertainment president Karey Burke and Disney TV Studios/ABC entertainment chairman Dana Walden weren’t thrilled with the program development they inherited, the network framed their light roster of new series orders on “the consistent viewership that many of ABC’s current shows continue to offer.”

“Since the beginning of the year, ABC has been the No. 1 network with a schedule that is working, and we are going to nurture it,” Burke said in a statement. “Going into next season, our priorities are stability and launching shows in a way our audience will know we are committed to them.”

To be clear, that No. 1 ranking is for entertainment programming only — a stat that ABC likes to use since it doesn’t have the ratings benefit of NFL football like its competitors do. But under that benchmark, ABC also notes that it’s No. 2 this full season among adults 18-49, just a hair behind NBC.

Burke said she felt ABC had picked up too many new series in recent years — including seven last fall and another four in midseason — which made it tough to properly launch them all. It remains to be seen whether ABC will pick up more shows next year once Burke takes control of development, but she said she wanted to “get out of what we call the tremendous churn that tends to happen when you pick up so many new shows, and you have to launch so many new shows. The networks just don’t have the marketing budgets to launch all those shows properly.

By keeping to just three new series in the fall — the dramas “Emergence” and “Stumptown,” as well as the comedy “Mixed-ish,” the network may also have an opportunity to spread marketing support around to fairly recent shows making their sophomore returns, including “A Million Little Things,” “Bless This Mess,” “Schooled,” “The Rookie,” and “Single Parents.”

But Burke noted that ABC is also moving more marketing dollars to even well-established shows like “The Bachelor.”

“Because we knew we had a great season, and look at what happened, the ratings grew,” she said. “So there’s value in nurturing the shows you have, and focusing where you have the most circulation and using those to launch new shows — and not just plugging holes or putting on something new for the sake of trying something new.”

In an unusual scheduling move, ABC will shift Tuesday tentpole “Black-ish” to 9:30 p.m., premiering its spinoff “Mixed-ish” at 9 p.m. The idea is likely to use a “Black-ish” halo effect to both drive tune-in to “Mixed-ish” but also to newbie “Emergence,” which will air at 10 p.m.

“Stumptown,” meanwhile, will air Wednesdays at 10 p.m., behind the “Modern Family”-“Single Parents” comedy block. New dramas “The Baker and the Beauty” and “For Life,” along with the new comedy “United We Fall,” will debut midseason.

Among other shifts, Nathan Fillion drama “The Rookie” will move to Sundays at 10 p.m., while “American Housewife” shifts to Fridays at 8 p.m., where it will be paired with “Fresh Off the Boat,” much to the chagrin of star Constance Wu. (For the record, Burke said there has been no discussion of replacing Wu after she publicly expressed anger at the show’s renewal. Wu has since apologized, and Burke said she takes the actress “at her word.”)

Also, ABC has made it official: “20/20” is now a two-hour series on Fridays, as the show has focused more on producing documentary-style events each week.

Shows staying put include “A Million Little Things,” which has grown into a steady performer for ABC and is sitting pretty in the plum Thursday 9 p.m. spot between “Grey’s Anatomy” and “How to Get Away with Murder.”

Among ABC’s canceled shows, Burke said it was a “gut-wrenching” decision to cancel “Speechless,” especially because she was formerly a production partner with the show’s executive producer, Scott Silveri. “But we looked at a lot of factors and ultimately it came down to numbers and feeling we could shore up [Friday night].”

It’s the first upfront at ABC for Burke, and also the first “Disney Upfront Experience,” which will showcase all of the company’s networks — including FX and Nat Geo from the recent 21st Century Fox merger.

“This is just the beginning of rebuilding [that] will continue this fall,” she said. “I have the support to put on the best shows from the best creators and give them the best launches.”

And here are ABC’s new series:

“THE BAKER AND THE BEAUTY”
Daniel Garcia is working in the family bakery and doing everything that his loving Cuban parents and siblings expect him to do. But on a wild Miami night he meets Noa Hamilton, an international superstar and fashion mogul, and his life moves into the spotlight. Will this unlikely couple upend their lives to be together and pull their families into a culture clash?

“EMERGENCE”
A character-driven genre thriller, “Emergence” is about a police chief who takes in a young child she finds near the site of a mysterious accident who has no memory of what has happened. The investigation draws her into a conspiracy larger than she ever imagined, and the child’s identity is at the center of it all.

“FOR LIFE”
Inspired by the life of Isaac Wright Jr., “For Life” is a fictional serialized legal and family drama about a prisoner who becomes a lawyer, litigating cases for other inmates while fighting to overturn his own life sentence for a crime he didn’t commit. His quest for freedom is driven by his desperate desire to get back to the family he loves and reclaim the life that was stolen from him. The show will also, through the window of his ferocious struggle and his complicated relationship with a progressive female prison warden, examine the flaws and challenges in our penal and legal systems.

“STUMPTOWN”
Based on the “Stumptown” graphic novel series, “Stumptown” follows Dex Parios (Cobie Smulders) – a strong, assertive and sharp-witted army veteran with a complicated love life, gambling debt and a brother to take care of in Portland, Oregon. Her military intelligence skills make her a great PI, but her unapologetic style puts her in the firing line of hardcore criminals and not quite in alliance with the police.

“MIXED-ISH”
In “mixed-ish,” Rainbow Johnson recounts her experience growing up in a mixed-race family in the ‘80s and the constant dilemmas they had to face over whether to assimilate or stay true to themselves. Bow’s parents Paul and Alicia decide to move from a hippie commune to the suburbs to better provide for their family. As her parents struggle with the challenges of their new life, Bow and her siblings navigate a mainstream school in which they’re perceived as neither black nor white. This family’s experiences illuminate the challenges of finding one’s own identity when the rest of the world can’t decide where you belong.

“UNITED WE FALL”
“United We Fall” is a profoundly realistic family sitcom that follows the trials and tribulations of Jo (Christina Vidal) and Bill (Will Sasso), parents of two young kids, as they try to make it day to day as a functioning family. Bill’s very judgmental live-in mother and Jo’s large, Latinx Catholic family will never hesitate to let our couple know they’re seemingly screwing up, but Bill and Jo will always have each other’s backs, united against everyone – other parents, teachers, doctors, specialists, coaches, co-workers and, especially, their kids.