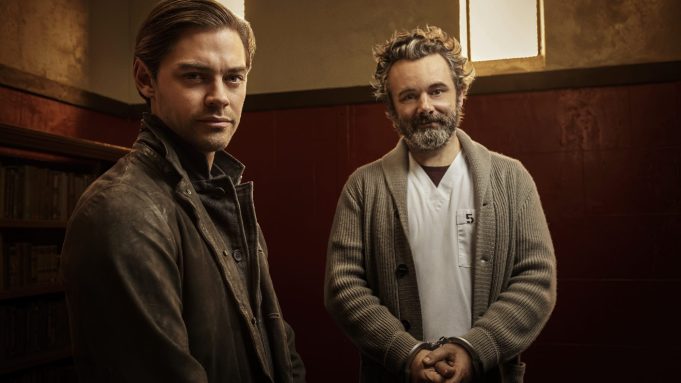 With nearly all series orders, cancellations, and renewals complete, the 2019-2020 season is taking shape.

Despite the fact that this year’s new series order volume held up surprisingly well compared to last year, it was still a year of transitions and upheaval at the broadcast networks. From significant executive moves to Fox making its presence felt in the post-Disney merger world, here are some of the most notable issues for this upfronts season.

Following the completion of the 21st Century Fox-Disney merger, questions abounded about what the the now standalone Fox Corp.’s broadcast network arm (Fox Entertainment) was going to look like going forward. The company had already made it clear they would be focusing on live events, like the NFL and WWE’s “SmackDown Live,” with less of an emphasis on scripted content. Yet Fox still came out for its first post-merger upfronts season swinging. The network picked up 10 new series for the 2019-2020 season, doubling the five they ordered last year. That included four straight-to-series orders: animated comedies “Bless the Harts,” “Duncanville,” and “The Great North” as well as the offshoot drama “9-1-1: Lone Star” with Rob Lowe. Of Fox’s new pick ups, all but “Lone Star” are co-productions between a range of studios and Fox Entertainment.

“We wanted to let the creative community know that Fox is not only open for business but we feel like we’re stronger than ever,” Fox Entertainment CEO Charlie Collier told reporters on Monday.

The question now becomes, though, how Fox is going to balance out their dearth of new scripted shows with their live offerings. To that end, Fox is only rolling out three of its new shows this fall — dramas “Prodigal Son” (pictured above) and “Not Just Me” and the aforementioned animated comedy “Bless the Harts.”

As in the past few years, the volume of new series orders was down this year compared to last year, but not by as big a margin. Barring any late pick ups, 35 new shows have ordered for the 2019-2020 season, with 21 dramas and 14 comedies. That is compared to 36 new series orders last year for a dropoff of just under 3%. Between 2017 and 2018, the number of pick ups declined by just under 8%. As previously mentioned, Fox saw the biggest increase in its number of pick ups. ABC saw the biggest decline, picking up just six new shows compared to 9 the year before.

The slight decline in series orders comes despite the fact that there was a massive decline in pilot orders this year. 63 pilots were ordered this season, down over 17% from the 76 across the Big 4 and The CW last year.

See the totals for each network below.

A number of pilots pegged as frontrunners for series orders failed to make the cut this year. Most notably, ABC passed on the new iterations of both “New York Undercover” and “NYPD Blue,” with the latter show set to undergo reshoots for a possible midseason series order. ABC also passed up on most of their comedy development slate, passing on pilots from “Rick and Morty” writer Jessica Gao and Hannah Simone, making this now the second year in a row Simone has missed out on a series order at ABC. Sources say that ABC was not high on most of its slate this year and opted to stick with mostly returning shows rather than take a risk on new ones.

Likewise, “Jane the Novela” — a spinoff of sorts of CW’s critical darling “Jane the Virgin” — did not get picked up. Sources say the pilot came in below expectations, despite the network’s strong desire to continue the “Jane” brand. The CW pilot “Glamorous” is still in contention.

A Year of Transitions

One of the most notable things about this upfronts season is the fact that all of the Big 4 networks saw major changes at the highest executive levels. Longtime CBS boss Leslie Moonves was ousted last year following multiple accusations of sexual harassment and assault during his career; Bob Greenblatt left NBC, eventually landing at WarnerMedia; Channing Dungey left ABC for Netflix, with Freeform exec Karey Burke taking over at the broadcaster; and Charlie Collier assumed the reins at Fox Entertainment in the wake of the Disney merger.

It’s Greg Berlanti’s World. We Just Live in It

At this point, the only one who can top Greg Berlanti is Greg Berlanti. The super-producer behind The CW’s expansive DC Comics slate beat his own record this year, with Berlanti now set to have 18 shows on the air during the 2019-2020 season. To put that in context, Berlanti was an executive producer on 10 shows in 2017, which was itself a record. Berlanti’s new pick ups include both “Katy Keene” and “Batwoman” at CW and “Prodigal Son” at Fox. He is also currently executive producing seven returning shows for CW, three shows for the streaming service DC Universe, two shows for Netflix, two for CBS, and one for NBC.