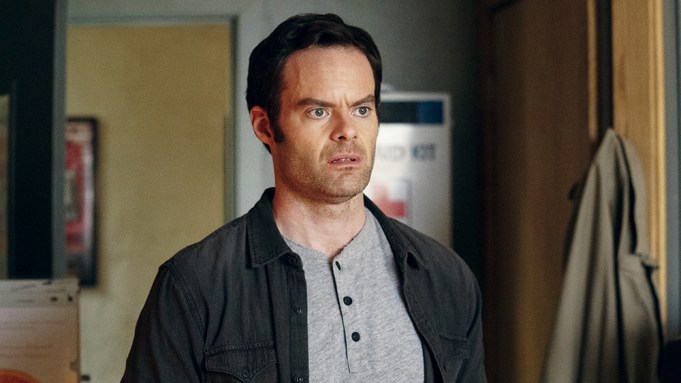 If this felt like the longest, most expensive Emmy campaign in history, you might be right. For one thing, the 2019 Primetime Emmys will be held Sept. 22, which is the latest the ceremony has taken place since 2013. That also happened to be the last year of TV’s quaint, pre-streaming era, before outlets like Netflix and Amazon turned the Emmys into a big-budget battleground.

This year, the entry process began on Feb. 14, which means the nonstop, inescapable Emmy battle will have stretched for more than eight months by the time the final award is handed out next Sunday. In comparison, the Oscar race, which is just getting underway, will wrap on Feb. 9, less than five months from now.

Emmy season is a marathon of huge installations (with Netflix and Amazon heading the pack, of course), panels, billboards, roundtables, print ads and special issues — this year leading to what has been pretty much a foregone conclusion: farewell victory laps by HBO’s “Game of Thrones” and “Veep.”

Anything’s still possible, however, and the growth of the Television Academy (now nearly 25,000 strong) has helped bring more diversity to the voting mix — and could potentially shake up the status quo.

Still, when it comes to predicting the Emmys, it usually pays to play it safe. That’s why, even though I recently teased a “Fleabag” upset, and “The Marvelous Mrs. Maisel” dominated all other comedy series at the Creative Arts Emmys (winning six), I’m still placing my money on “Veep.” That includes Julia Louis-Dreyfus for comedy actress over Waller-Bridge and last year’s winner, “Mrs. Maisel” star Rachel Brosnahan. Louis-Dreyfus is a lock, but I’m definitely not as confident in that “Veep” prediction as I was pre-Creative Arts, and I wouldn’t be surprised if “Maisel” — a show with a strong fanbase in Hollywood and an aggressive Amazon FYC campaign — wound up winning.

Bill Hader will repeat as comedy actor for “Barry,” over Michael Douglas (“The Kominsky Method”) and Ted Danson (“The Good Place”), while I have a hunch his co-star, Henry Winkler, will also win again for comedy supporting actor. Tony Shalhoub (“Mrs. Maisel”) and Alan Arkin (“Kominsky”) are in the hunt, but America still loves the Fonz. As for supporting comedy actress, “Maisel’s” Alex Borstein is the favorite — but Olivia Colman might be surging with “Fleabag.”

Drama is easier to predict this year, as “Game of Thrones” is in a realm of its own thanks to its record-breaking 32 nominations (the most ever for a series in a single year), fan backlash be damned. It already won 10 Emmys during the Creative Arts awards, so it enters Sunday already this year’s frontrunner. “Killing Eve” can’t come close, although I see support and buzz growing for “Pose.” Meanwhile, “Better Call Saul” is waiting for more love.

Among drama actress, “Killing Eve’s” Sandra Oh should cap off her biggest year ever, 12 months after her 2018 Emmy appearance as a presenter with Andy Samberg led to gigs hosting “Saturday Night Live” and co-hosting the Golden Globes. Her “Eve” co-star, Jodie Comer, could play spoiler, splitting the vote and allowing “Thrones’” Emilia Clarke to sneak in — but Oh looks to be on track to make history as the first lead actress winner of Asian descent.

The drama actor race, meanwhile, has gotten interesting. It looked for a while to be a smackdown between “Ozark” multi-hyphenate Jason Bateman and “Better Call Saul” star Bob Odenkirk. But the aforementioned “Pose” bump could lead to a win for Billy Porter, who is also having quite a year — punctuated by another buzzy season of the series, as well as his Oscar pre-show-hosting gig, various red carpet triumphs and even a stint directing the play “The Purists” in Boston. In the supporting drama categories, “Thrones’” Peter Dinklage will likely pick up another trophy, while the supporting actress race may see “Ozark’s’ Julia Garner sneak through a four-way “Thrones” standoff among Maisie Williams, Lena Headey, Gwendoline Christie and Sophie Turner.

The limited series category is stacked, but the power of Ava DuVernay’s heartbreaking “When They See Us” should squeeze by “Chernobyl” and “Escape at Dannemora.” I’m leaning toward Jared Harris (“Chernobyl”) and Patricia Arquette (“Dannemora”) landing lead movie/longform acting prizes. But Michelle Williams (“Fosse/Verdon”) and “When They See Us” star Jharrel Jerome are also front-runners. For her role in “The Act,” Arquette faces off with Patricia Clarkson (“Sharp Objects”) in the supporting movie/limited actress category, while Ben Whishaw’s scene-stealing turn in the Amazon limited series “A Very English Scandal” should nab supporting actor. For TV movie, bank on sentimental favorite “Deadwood: The Movie” breaking the “Black Mirror” winning streak.

And that should be a wrap for TV awards season. Just kidding: The campaigns for Golden Globe, SAG, WGA and other guild TV honors start … now.