Emmys: Looking Ahead to 2020, Here Are Some of the Rules That the TV Academy Should Address 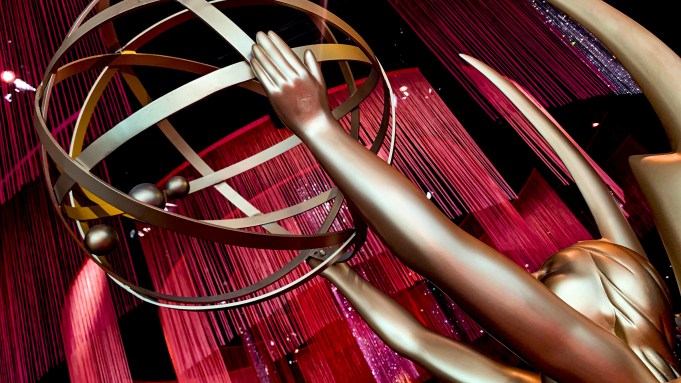 When this year’s Emmy nominations were announced in July, Netflix’s gripping and powerful “When They See Us” earned several well-deserved nods, including limited series, as well as actor (Jharrel Jerome) and directing (Ava DuVernay) for limited series or a movie. It also cleaned up in the limited series supporting actor and actress categories — but that’s where it raised a few eyebrows among Netflix competitors.

According to rivals, at least two of those nominees didn’t clock much face time on the limited series. The Television Academy rules state that, in the case of supporting actors and actresses in a limited series or movie, “the minimum on-screen time for eligibility is 5% of the total running time of a movie or a complete limited series.”

But the rules don’t spell out what counts as “on-screen time” — and as it turns out, it’s much more loose than many had known. According to the Television Academy, the 5% rule includes “both stand-alone face time and contiguous-scene face time.” That means even if a performer isn’t on camera, if they’re still technically in the scene, it counts.

“Actors do not act in a vacuum,” an Academy source said. “If two actors are in a scene together, they are both acting and considered in the scene even if the camera is sometimes only on their scene partner. The rule has always been interpreted in this fashion.”

In the specific case of “When They See Us,” nominees Marsha Stephanie Blake and John Leguizamo exceeded the 5% minimum in part because their characters are in meetings with their boys and their lawyers, which is considered “contiguous-scene” times.

But because that’s not spelled out in the rules, a number of awards campaigners have told me they assumed that only meant the time a performer is seen on camera — and they have been meticulous in using a stopwatch to make sure their submission reaches that 5% threshold. “I literally had to track every moment [my supporting actor submission] was on screen, as he qualified by only minutes,” one outlet’s head of awards told me. “The rules don’t state that clearly. It was a huge issue for some people this year.”

Perhaps some clarity is in order on that rule, and in other areas as well. As this Emmy season comes to a close after a grueling eight-month campaign, it’s already time to look ahead to next year — after all, eligibility for the 2020 Emmys began on June 1, so how the next awards season will be handled is already important to know.

The Academy will begin looking at rule changes or clarifications over the next several months, and as they start to consider changes to the system, I asked a handful of awards staffers and consultants to give their take on what needs to be addressed.

Next year, streaming newcomers such as Apple TV Plus, HBO Max, Peacock and Disney Plus will all be clamoring for their own piece of Emmy — which is why the perennial cry to expand the number of outstanding series slots from seven to 10 will once again be floated. There are just too many worthy shows, and not enough room to nominate even a fraction.

According to insiders, the sticking point remains how to accommodate all those additional nominees at the Emmy ceremony. With so many producers attached to each show, it could add hundreds of people and their guests to an already over-booked Microsoft Theater — and all of those tickets would be comped. “It’s a capacity issue,” one network awards head tells me. “Unlike film, the ballot for producers is very long in TV. Add more series, and each show has 10 more names, that could be 50 more people per category. And 200 more people overall — 400 more with guests.”

In other words, it’s a real issue beyond just wanting to recognize more worthy series, and unless the number of nominated producers is capped, not an easy problem to solve.

“The Awards Committee and Board of Governors approve the number of nominations per category on a case by case basis, sometimes lessening the number (as when movies and limited series were in a single category with three noms per) and sometimes increasing the number (as was done about five years ago in the Comedy and Drama series categories),” the Academy said. “It is an ongoing discussion.”

Another on-going loophole that confuses almost everyone in the business is how documentary features can still be nominated for, or even win, both an Oscar and an Emmy. For example, this year Elizabeth Chai Vasarhelyi and Jimmy Chin won the Academy Award for “Free Solo,” and also won an Emmy for directing “Free Solo.”

“The docs need to get figured out,” says one Emmy consultant. “It should just be the docs that didn’t have theatrical.”

The Academy argues that most of these projects are commissioned by TV networks — “Free Solo” was a National Geographic film — so it’s on the Oscars to decide whether it wants to award TV projects or not.

“A documentary is often commissioned by a television network or studio that in the ramp up to its television premiere receives promotion on numerous platforms including theatrical appearances, in film festivals and awards competitions,” the org tells me. “But so long as the documentary was conceived, financed and ultimately distributed as a television program, it is Emmy eligible… Why a television documentary is eligible for AMPAS’ feature awards is a question for AMPAS.”

Among other issues, awards consultant Rich Licata is still hoping to see some sort of limits placed on Emmy campaigning: “It would make for a more inclusive, leveled playing field for many award worthy programs, networks, production companies that don’t have the deep pockets of some of their competitors. Isn’t campaigning about increasing visibility of TV’s best to the voting members?” he says.

And then there’s the biggest question mark of them all: How the Academy will handle screeners next year, now that physical copies will no longer be allowed. One consultant expects the org will charge networks and studios to send out an email to all members pointing them to digital screener sites. There may also be an episodic fee, like there is now, depending on how many programs are uploaded. Network and studio execs are still thrilled with the change, even if they’re paying those fees: “We’re still saving $1 million by not having to create those boxes anymore,” one of them told me.

The Academy, meanwhile, said its online screener plan has not yet been finalized. The good news: Your mailbox won’t be stuffed with large, ridiculously expensive DVD shipments anymore (even if your inbox is about to get crowded) — and Los Angeles-area landfills will be a little bit roomier next year.