LILLE, France — Series Mania’s Forum wrapped Wednesday, the festival proper on Saturday night. Here are 10 takeaways on events to date at the biggest edition ever:

1.NETFLIX: NO IN-HOUSE PRODUCTION IN FRANCE, BUT BEYOND?

The role of the independent producer in an Over-the-Top platform world proved the No. 1 talking point of Series Mania.

Producers fears are double-fold: Not retaining any rights to what they produce: being totally sidelined by streaming giants’ producing talent directly. If Series Mania served to suggest one thing, it is that the jury is still out on how this issue will play out. Especially with more OTT players coming online, nothing seems written in stone. At one of the TV festivals key panels, Developing French Content for and with Netflix, asked whether Netflix would in-house produce in France. Damien Couvreur, director international originals France, said that Netflix was “doing it in the U.S., to a certain extent in other territories.” In France, “it’s hard to say no, but it’s not the case right now.” Could hiked competition in the OTT space make OTT players more flexible? Some new U.S. platforms are “coming with a ‘producer friendly’ placard,” remarked producer Caroline Benjo at Haut et Court (“Les Revenants”).

But producers should be “offensive, not defensive,” she added. Haut et Court is starting to develop a “horizontal concentration” of producers, she added. That would give them more leverage when negotiating with platforms. Companies may also address the rights issue head on. One role of Endeavor Content is to help “creators, whether artists or producers, to really find the best path to maximize ownership,” EC’s Lorenzo De Maio said at the Lille Transatlantic Dialogues.

The mantra from Netflix was “no one size fits all.” A case in point: the deal between TF1, France’s biggest broadcast network, and Netflix, on “Le Bazar de la Charité.” It’s a big swing for TF1, a big-budget period piece, which is not TF1 speciality, TF1 CEO Gilles Pelisson explained at Series Mania’s Lille Transatlantic Dialogues. Enter Netflix. Both partners pre-financed, sharing risk. Netflix has acquired rights for four years, after which they revert to TF1. “This is more or less unprecedented for us. It’s a win-win partnership,” said Pelisson.

“It’s very important to acknowledge the challenges broadcasters are experiencing in their own markets,” Sara May, director content acquisitions EMEA, commented at the Netflix France panel. Here, Netflix can be “complementary,” not a rival, she added. Finding the right way to be complementary is not always easy, she commented. Netflix and broadcasters are “learning as they go.”

Shekhar Kapur will direct “Ibis Trilogy,” set against the backdrop of the opium trade between Britain, India and China, Endemol Shine Group announced to Variety at Series Mania.

The Alliance – France Televisions, Germany’s ZDF and Italy’s Rai – unveiled a fourth title, “Around the World in 80 Days.”

Federation will co-produce Marcel Proust masterpiece “In Search of Lost Time,” adapted by actor-director Guillaume Gallienne. Following on “The Name of the Rose,” Orange revealed four new series, led by English-language cyber-thriller “Unpunished.” Beta Film is in production on “Babylon Berlin 3.” The first series cost a reported €2.5 million a title. Given its huge success, a third will predictably not be cheaper.

“Our ambition is to create a major high-end franchise for the international market, matching the scale and epic sweep of the Ibis novels,” said ESG’s Lars Blomgren. But it is making series on a bigger canvas. Outside Germany and Spain, Europe’s powerhouses may not, curiously, be making many more drama series. One reason: They are scaling up, pouring resources into making high-end event series. The Alliance “creates a European alternative to the new global players,” said RAI’s Eleonora Andreatta. Europe’s big series push also reflects emerging new market realities. There is a squeeze on international. “International markets cannot absorb everything being produced. Buyers now have a big choice of series,” Beta Film CEO said at a Series Mania keynote. Scaling up threatens profit margins, but allows Europe to remain competitive in an ever more competitive market.

What are the world’s hot TV growth-spots? “Israel, and Eastern Europe,” said Jan Mojto, CEO of Beta Film, which is already moving energetically into Spain. Series Mania bore him out. “Just For Today,” showrun by Nir Bergman (“In Treatment”), is another buzzed up main International Competition contender. Its main virtue – taut screenwriting, large ethical dilemmas – is also on display in social issue thriller “Asylum City,” another Yes Studios title, from Eitan Zur and Uzi Weil, set on the mean streets of South Tel Aviv’s heaving melting pot. Series Mania is now strengthening its connection with Israel, teaming with France’s CNC film-TV agency and Israel’s Gesher Multicultural Film Fund to create a first-ever French-Israeli writing residency. Framed by two workshops – in Israel this fall, in France spring 2020, with projects presented at Series Mania – the Residency – “a creative incubator,” said the CNC’s president, Frédérique Bredin – will forge creative friendships which last a lifetime. Expect more Israelis in French writing rooms, and vice versa. The benefits will be mutual. 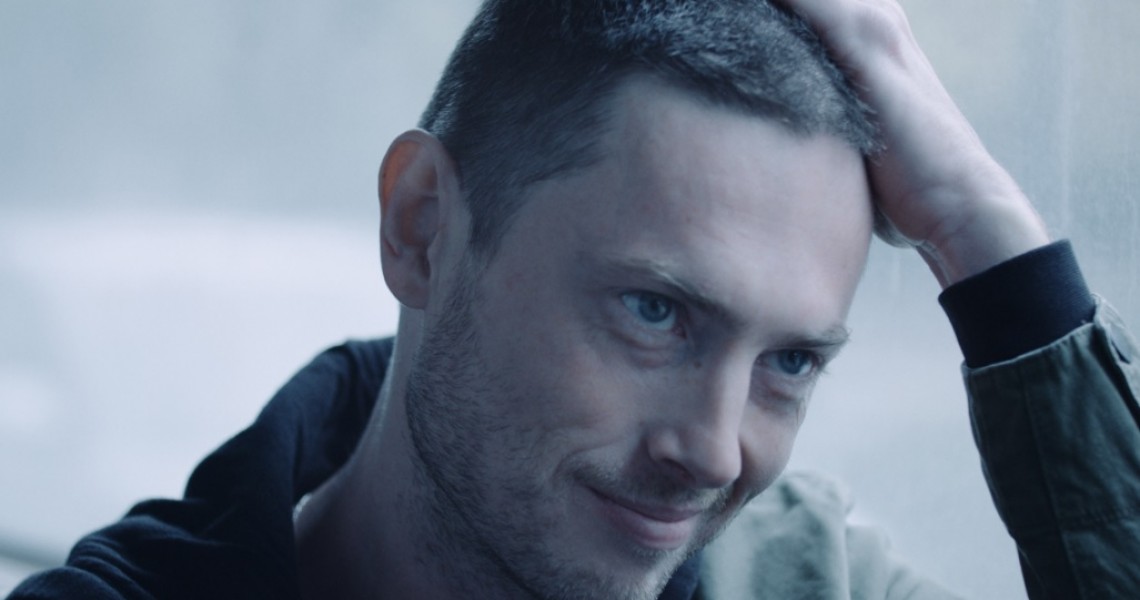 At the closing keynote to Series Mania’s Lille Transatlantic Dialogues, French Culture Minister Franck Riester confirmed the launch of a new funding scheme for one-hour and half-hour French series, to be implemented by France’s CNC National Film Board. Plan Séries is aimed at encouraging the creation of original shows appeal that can appeal to younger audiences and travel abroad, Riester said. Under the scheme, a 25% financial bonus will be given to French producers who manage to raise a significant part of their series’ budget from international sources, plus a 25% bonus to help fund second seasons in order to reduce the wait between first and second seasons of French shows.

7.SPOT THE DIFFERENCE: AMAZON AND NETFLIX

SVOD operators are sometimes all lumped in the same YA-targeting container. That’s a misconception. “I often say that we want the best favorite show of everyone in the house. We want to make sure that everyone finds something for them on the site; that means from our youngest members to our oldest members,” said Damien Couvreur. Streaming services, also, are hardly strategic clones. “It’s never been our initiative to export Hollywood to the world. Our goal is to bring the greatest storytelling in the world to the world,” Sarandos said at Lille.

“The world’s smaller, demand’s bigger,” producer Alex Berger said at Lille Transatlantic Diaologues’ centerpiece panel on independent production. And how. For 120 years, film and then TV industries have been treated as national entities. Its status as national culture was the only way, in the final instance, to justify state protectionism for a country’s film industry. Now new paradigms are setting in. One guideline – though nothing more – to the budget for Netflix French productions is their potential market in and outside France, Netflix’s Diego Buñuel said at the Netflix in France panel. Domestic markets, once enclosed in national borders, are ever more a question of language. Ted Sarandos announced at the Lille Transatlantic Dialogues, during his on-stage conversation with Charlie Brooker and Annabel Jones, that Netflix in France has 15 shows or movies in various states of production. That compares to 50 in Mexico. Netflix of course bowed in Mexico three years before its France launch in Sept. 2014. More to the point, perhaps, the Spanish-speaking world has 477 million daily speakers, the French 235 million; One reason why on April 4 Netflix will bow its first European production hub in Madrid.

Federation, one of the market’s liveliest players, confirmed international rights on heartwarming Israeli series “On the Spectrum,” as well as French competition player “Torn.”

About Premium Content announced a rebranding as APC, reflecting the company’s push into production, finance and distribution of upscale projects.

Italy’s RAI TV will link with Endemol Shine Italy on “While I Was Away,” a drama about a woman who wakes from a coma.

Everybody’s heard of peak TV. But what about peak TV festivals? The 10th Series Mania demonstrated a hallmark of informed good taste in lineup, forum projects and stars – Uma Thurman, Freddie Highmore, both highly articulate. The Lille Transatlantic Dialogues attracted the industry’s real, not touted, decision-makers, led by Ted Sarandos and the high command of French TV. Tracking to reach 2,500 delegates, however, the Forum has, in the space of two editions, outgrown its physical facilities at Lille’s Gran Palais conference center, having to turn away delegates who queued in vain for some of its biggest draw panels and keynotes. That is a metaphor for the dramatic growth of the drama series sector as a whole of course. Going forward – and Series Mania has huge momentum – the TV festival-market will have to choose between larger conference rooms or a more boutique event.