Pol-ka’s ’Argentina, Land of Passion and Revenge’ Gets Trailer (EXCLUSIVE) 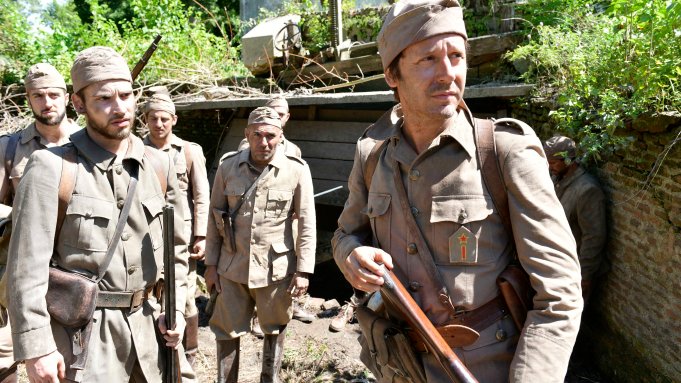 MIAMI — Pol-ka Producciones has just dropped a trailer of “Argentina, Tierra de Amor y Passion,” a historical long-format series for Artear’s El Trece which marks one of the biggest bets of any Latin American primetime broadcaster in 2019.

A trailer suggests why and also for the first time exactly what ghastly act of treachery sparks the epic story which plays out of two continents and ten years from 1936. It also hints at a new turn in the career of Chilean heartthrob Benjamín Vicuña, who has just taken a starring role in Season 4 of one of Spain’s big international hits, Mediapro/Fox’s “Vis a Vis.” In “Argentina, Land of Passion and Revenge” he visibly ages up to play the sinister opportunist Torquato Ferreyra.

Spain’s Albert Baró, a standout in the Catalan TV3 soap “Merlin,” plays his brother in arms, Bruno, in Spain’s Republican army in the early throes of Spain’s Civil War 1936-39. Whiling away the time on patrol, Torcuato and Bruno talk about what they will do when the war is over. An air-raid shatters such plans, a wounded Torcuato abandoning Bruno to regain their own Republican line.

Convalescing, he visits Bruno’s family, declares to Bruno’s sister Julia that Bruno asked him in his dying breath to serve as her protector, sells up Bruno’s family’s shipyard and house, and emigrates with Bruno’s family in tow to Argentina, aiming to marry Julia.

But Bruno is far from dead. Captured by Franco’s Nationalist forces, he rots in a jail until liberated by Republicans, rushes home to discover Torcuato’s treachery. Vengeance is served.

Notable, even from the trailer, is the sheer scale of period detail of “Argentina,” with a bombardment, establishing shots of central Buenos Aires, and the interior of Torquato’s lavish town-house, as Pol-ka leverages its studios in Buenos Aires which dazzle even international co-producers, to good effect.

“Argentina, Land of Passion and Revenge” is an original idea of Adrián Suar, written by Carolina Aguirre and Leo Calderone, executive produced by Diego Carabelli and directed by Martin Saban and Sebastian Pivotto.

Pol-ka is selling world rights at this year’s NATPE market in Miami, which kicked off Tuesday.

Although Vicuña’s partner in real life, María Eugenia “China” Suarez does not play his love interest in “Argentina,” but rather a young woman from Poland who emigrates to Buenos Aires for a better life, only to be sold into prostitution. Her blond hair caused a social media sensation in Argentina; her speaking Polish is likely to cause another. “Argentina” initiated production on Jan. 2.