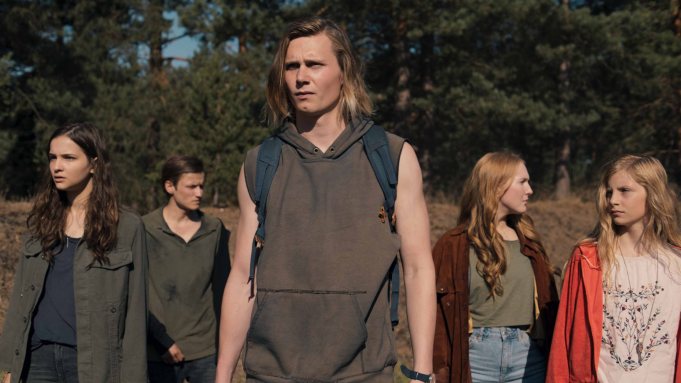 Season 2 of Netflix’s globally popular German genre series “Dark” will drop worldwide on the platform on June 21. The company has released first-look images and a teaser to accompany the news. In the trailer, we get a peak of Jonas who is trying desperately to get back to 2020 after finding himself stuck in the future. Meanwhile his friends are trying to uncover details behind a series of more unexplained events that have hit their hometown of Winden – and a dark figure seemingly at the center of it all. The season will follow the four families as they work to change the destiny of their community….

Telefonica has done a Netflix. Launching Movistar + Original Series in Sept. 2017, parent Telefonica’s mantra was that its drive into original content was aimed at powering up quadplay fibre optic and cell phone clients. That still remains true. But on Thursday, Emilio Gayo, president of Telefonica España, announced that Europe’s second biggest telco was making a second play for the OTT crowd, launching a direct to customer Movistar + offer priced in a Netflix range of €8 ($9) a month. To date, Spaniard had to pay at least €65 ($73) for basic mobile telephony, 100 MB fibre optic plus a TV package. Now, the $9 Movistar + offers Original Series – some 19 in 2018, including returning titles – plus Movistar +’s highly anticipated first Original Film, “While at War,” produced with Mod Producciones, and docus, shows, and sports. The latter Netflix doesn’t have, of course. In contrast, Movistar +, crucially, has rights to Spain for La Liga , including Real Madrid and Barcelona F.C. games. Launching a cut-price Movistar + can face up to not just Netflix but the multiple new OTT players to come. It can also address the Holy Grail of pay TV operators: Spain’s low pay TV penetration. That ran at 36.2% year-end 2018. “We’re going to continue popularizing pay TV among Spaniards to reach the levels of countries around us,” Gayo said.

On June 18, as part of the 59th Monte Carlo Television Festival, Michael Douglas will be presented with the Crystal Nymph award for his contributions to the medium in his decades-long career. The award will be given to Douglas by H.S.H Prince Albert II of Monaco as part of the event’s closing ceremonies. Douglas kicked off his acting career on TV in 1969’s CBS-TV “Playhouse” special “The Experiment.” The following years were packed with big screen success including two Oscars for 1975’s “One Flew Over the Cuckoo’s Nest” and 1988’s “Wall Street.” Recently, Douglas has found his way back to TV in HBO’s “Behind the Candelabra” – which earned the actor a Primetime Emmy award – and Netflix Original “The Kominsky Method,”  for which he won a Golden Globe.

French animation studio Xilam Animation is spinning off its popular “Oggy and the Cockroaches” franchise with a new preschool comedy series titled “Oggy Oggy.” The series will be the company’s first entirely CGI animated series, with production set to kick off next summer on two seasons, totaling 156 seven-minute episodes. Season 1 is scheduled to launch at the end of 2020 and Season 2 the following year. The series is a step in the direction of Xilam’s larger goals to expand its popular brands to new audiences – particularly the preschool demographic – and produce 50% of its content using modern CGI animation techniques.