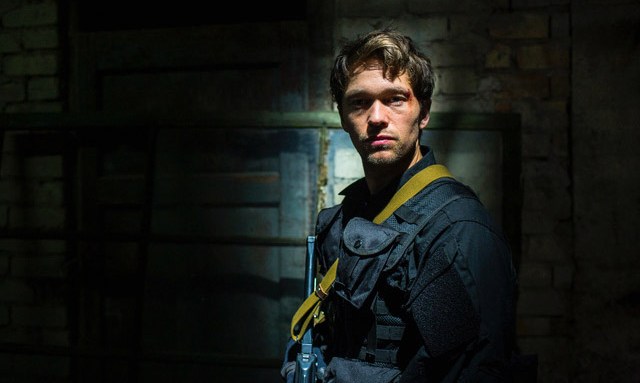 BERLIN  — Beta Film has dropped the first trailer for high-end Scandinavian espionaje thriller “Agent Hamilton,” a big play  at Cannes’ Mipcom market this year where it ranks as one of the market’s three World Premiere Screenings.

That in turn reflects the status of its IP, Scandinavia’s best-selling literary property. based on a spy thriller novel series penned by journalist Jan Guillou after he spent ten months in jail for uncovering and revealing the existence of a covert Swedish Secret Intelligence Agency, which went under the name of The Information Bureau, and  later the recruitment of Swedish agents by the CIA.

Adapted multiple times for the screen, with Stellan Skarsgard starring in a first makeover, the novels’ protagonist ranks in Scandinavia as a literary icon of the stature of Wallander.

“Agent Hamilton” marks the resurgence off an icon in a modern Sweden. Produced by Patrick Nebout (“Midnight Sun”), who acquired the rights of the novels in 2016, this high-end 10-episode adaptation is in some ways an origins story. A young Hamilton, portrayed this time round by Jakob Oftebro (“Kon-Tiki,” “1864”)is trained by the CIA, returns  to a Sweden startled by bombings and cyber attacks. He tries to find those responsible, becoming a suspect, investigated by agent Kristin Ek (Nina Zanjani ,”Wallander”). Ek pursues Hamilton and both the truth, shuttling from Sweden to Russia, Germany, and the Middle East, in a murky context of intricate geopolitical power-play, where few things are crystal clear. Battling such uncertainty, Hamilton acquires a mentor, DG, a veteran agent who served in another age, the Cold War, played by none other than Krister Henriksson who for years gave life to unparalleled detective Kurt Wallander.

Nordic Noir has now evolved, from cop procedural to new genres and higher end production with a more international appeal, though the core idea of ‘what lies under the surface” still remains.  Espionage has also moved on. The challenge faced by the creators was how to adapt Guillou’s Cold War narratives to a modern age.“What attracted us of to the show, which is highly appealing, is that there’s no good and bad. The Cold War is not anymore about ideology, more about corporate and geo political interests. Power and Money,” said Nebout.

He went on: “So we really wanted to have those nuances in a show. We are aiming with the first season to deliver something that’s highly accurate and relevant to today’s world.”

Nuance is the key word for what a Swedish writers room, very different in dynamics from a North American one, can bring to the table.

Overseen by lead writer Petter Rosenlund ,the tight collaboration between writers, producers and head director, in this case Erik Leijonborg (“The Last Kingdom,” “Thicker than Water”), has aimed to bring a dramatic intimacy to this high end production: “To dig deeper, to develop a character  and have a character-driven plot when most times series are totally plot driven and more into action,” he said.

“We can have the heroic moments sometimes but I’m totally on the ground in realistic filmmaking. It’s the only thing I know” Leijonborg commented.

Driven by an urgent orchestra score, twinning terrorist outrage and character conflict and passion, the trailer underscores this. Hamilton not only faces the challenges of a modern era where his beliefs and allegiances will be questioned but the emotional struggles that come with it.

Oftenbro commented: “My biggest challenge is to find humanity and character while playing a special agent. Not only doing the stunts but trying to show the stress, pressure and loneliness of being an intelligence operative. It’s quite a difficult job.

He went on: “How does it work? How do you infiltrate and work as a secret agent in a city that you were born and raised? I think a lot of people can relate to that if you’ve lived abroad and then come back and it’s always strange: You will eventually meet yourself at the door, the old you.”

This modern, young and human version of Carl Hamilton will premiere on pan-Nordic streaming service C More on Jan. 1 next year.  It will broadcast on linear TV4 in Sweden later in January, exact date to be confirmed.