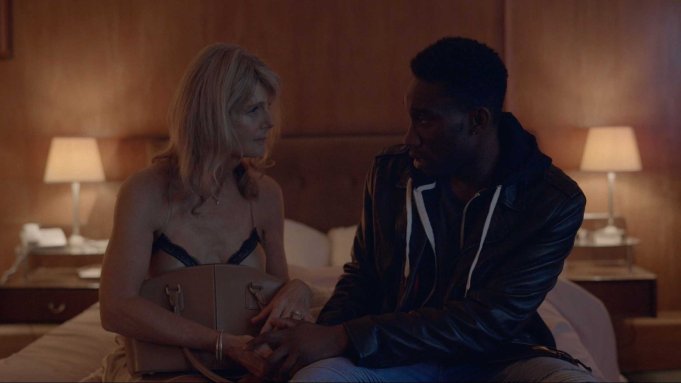 One of the favorites heading into this year’s Canneseries Short-Form Competition has to be the star-studded anthology series “Do Not Disturb,” spearheaded by the U.K.’s Pulse Films in association with Blackpills Studio.

Michael Haussman and Larry Volpi created the series, and its nine, 10-minute episodes were written by the two along with Olivia Poulet, Mike O’Leary, Nida Manzoor and Davey Spens.

“Do Not Disturb” takes the audience behind the little plastic placards we hang on hotel-room door handles when we need a nap, want to be left alone, or perhaps up to something a bit more adult, as is often the case in this show.

Some episodes are comedies, some terrifying and others sultry, but each explores the darker side of humanity that is often kept behind closed doors.

Anthology series seem an ideal format for short-form. Can you talk about some advantages of the format for “Do Not Disturb”?

Anthology is great for short form because you can create a season of different genres- comedy, horror to drama – which play to the strength of how short-form series are discovered and consumed, each bite offering something different. In our series the audience is dropped into several short, provocative setups in hotel rooms around the world, with the energy constantly moving, and the audience never quite knowing where they’ll go next or what they’ll find. Short format plays to its advantage, continuously ratcheting up the stakes and tension, keeping the characters and stories twisting until the end.

Was the series always intended to be short-form?

Our series was purpose-built for short-form, as hotel stories are best chronicled in short antidotes or crazy experiences which we all can relate to in our travels. It mirrors the thousands of dramas that play out in hotel rooms every day, everywhere, when the Do Not Disturb sign is left hanging.

Audiences just seem to be coming around to short-form TV, and will likely be impressed with the casting in “Do Not Disturb.” How did the big-name actors in the series come to be involved?

From the start we built a vehicle for talent with constantly twisting story lines motivated by the characters. Who you meet in the beginning is never who they are in the end.  This freedom to evolve and change in such a short time frame was unique and resonated with high-level talent both in front, and behind the camera.

The series is world premiering at Canneseries, which has become perhaps the most important showcase for this format. Can you talk about what it means to have your series as part of the official competition lineup there?

As the short-form format market has grown, a few festivals have turned a spotlight on this new breed of television, none more prestigious than Cannes. We were thrilled to be invited to join the Official Competition lineup.