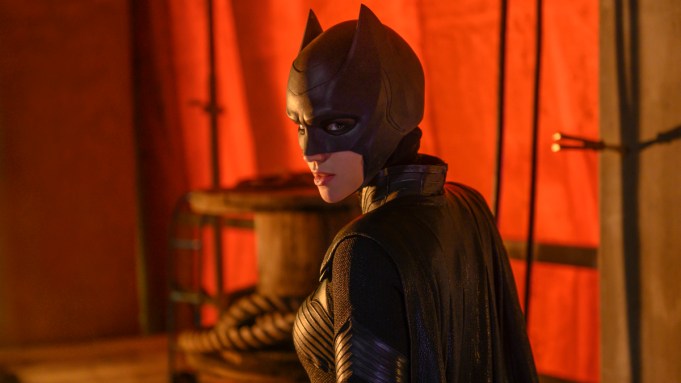 There is a tall order in front of Ruby Rose, who is playing the titular character on the CW’s latest DC drama, “Batwoman.” After recently being injured while doing her own stunts, she underwent emergency surgery and is not letting a new scar stop her from playing the rare lead superhero character who also happens to be gay, as well as also leading a set for the first time. But, Rose says, she gave more detailed thought to how she wanted to lead the set than any pressure to represent the character a certain way.

“Every single time someone arrived to Vancouver, because everyone trickled in at different times, I took them out for dinner; we discussed the script; we discussed our lives, who we are, introduced ourselves,” Rose tells Variety. “I spent a lot of time when we weren’t shooting just getting to know these people and setting up a friendship and a sacred space where we know that we can trust one another so that when we’re working, we can go as far as we want, and we can play and feel like we’re in a safe space and not like we’re being judged.”

“He’ll invite you over if there’s a scene you’re not sure about so you can run lines and have input,” she says, adding that she learned the importance of “finding the time to make this feel really special and make us feel really welcome” through Diesel.

When it comes to the responsibility of representation of embodying an out and proud lesbian superhero at the center of her own show, though, Rose says she doesn’t “think it would serve any positive purpose” to worry about what people might think while she is in the production process.

“I don’t think of the show as a show. I’m Kate Kane and Batwoman, and when we go to work, we’re in Gotham and these are the people that are in my life, and we are telling a story; we’re storytellers,” she explains.

“I’ve just been gay forever, so it doesn’t feel like I’m doing anything gayer or more gay. … I think that everything I do in my life has a similar message — whether it’s ‘Orange is the New Black,’ whether it’s the short film I did or ‘Resident Evil’ or ‘John Wick,’ whether I’m playing straight or gay, me as a human being, I live gay. … And I just hope that everything I do in life just shows there’s room for people like myself to get jobs in acting, in entertainment, in all of the places I’ve found myself working, and to have fun and be accepted and be appreciated.”

To Rose, all of those things are “more important than just one character that’s gay and a superhero. But, having said that, being a gay superhero is awesome.

“I’m so excited to be doing it. I wish there was a show like this when I was growing up. I wish I had more representation on TV, film, media growing up, and I just didn’t. And now it’s fantastic that I can look around and see so many shows that I feel represented on,” she says.

“Batwoman” premieres Oct. 6 on the CW.

Joe Otterson contributed to this story.