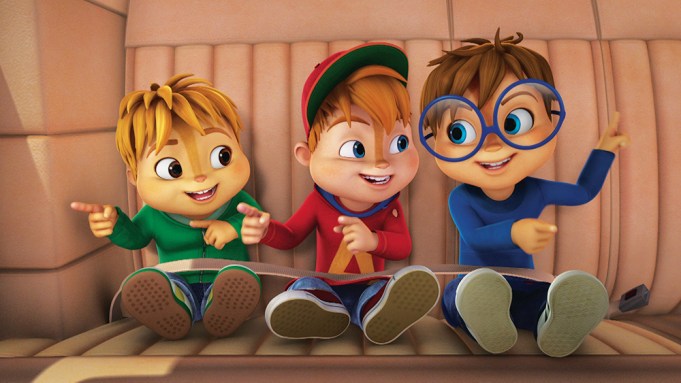 Decades after the Chipmunks made their small-screen debut on CBS in 1961, Alvin, Simon and Theodore are still leaving an indelible mark on the television landscape and adhering to creator Ross Bagdasarian Sr.’s original vision.

“It was important to my dad that there be a show that was, hopefully, entertaining, but he wanted it to be non-violent,” says Bagdasarian’s son Ross Jr., co-owner of Bagdasarian Prods.

Designed to be a gentler alternative to the Looney Tunes, “The Alvin Show” set the basic look and personas of the Chipmunks, as well as a tone that would prove to be timeless. But over the years, the design of the characters and types of stories told have been modernized to better speak to the current audience.
Today’s “Alvin and the Chipmunks,” which launched on Nickelodeon in 2015, tells tales of bullying, technology and not getting along with siblings. It also relies heavily on the Chipettes, a girl group that was first introduced in the 1980s NBC series of the same name.

Janice Karman, co-owner of Bagdasarian Prods., says creating the Chipettes was “really a pragmatic decision to allow for more story and covering a lot of the girl songs.”

It also undoubtedly broadened the audience. “Alvin and the Chipmunks” now airs in countries as diverse as the U.K., Ireland, the Philippines, Indonesia and the U.S. and has been renewed for two more seasons.

“‘Alvin and the Chipmunks’ is such a globally recognized franchise that has entertained audiences for decades, and our collaboration with Bagdasarian Prods. has continued to bring a fresh new take on the characters and their world to our audience,” says Layla Lewis, senior vice president of global acquisitions and content partnerships at Nickelodeon.