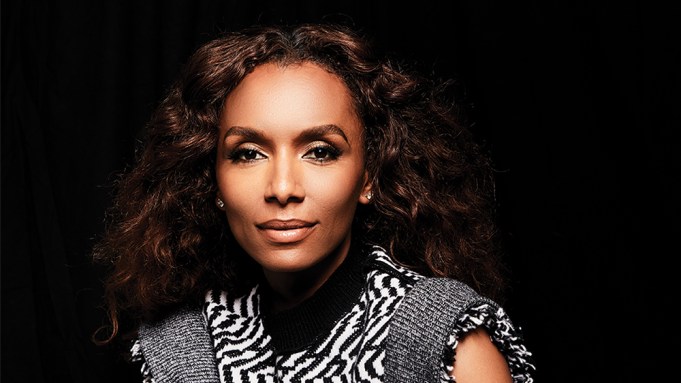 The “Pose” director, producer and writer has signed a sweeping deal at Netflix, making her the first out transgender woman empowered to call the creative shots at a major content company.

The three-year multimillion-dollar pact gives the streaming giant exclusive rights to her TV series and a first-look option on feature film projects.

As part of the agreement, Mock will serve as an executive producer and director on Ryan Murphy’s forthcoming Netflix series “Hollywood.” Despite being part of the Netflix family, Mock will be allowed to continue as a writer-director on Murphy’s FX series “Pose,” an LGBTQ drama set in New York City’s competitive ballroom scene.

The Netflix deal will enable Mock to create programs that employ and highlight communities that have historically been ignored by Hollywood — including the intersectional space Mock herself occupies, as a woman of color and a highly visible trans person.

“As someone who grew up in front of the TV screen, whether that was watching talk shows or family sitcoms or VHS films, I never thought that I would be embraced,” says Mock. “And more than embraced. Given not just a seat at the table but a table of my own making.”

Mock hopes the deal “will be a huge signal boost, industrywide, to empower people and equip them to tell their own stories.”

She is interviewing creative executives for her yet-to-be-named production banner. Projects in development include a college-set drama following a young trans woman, a series about New Orleans after the abolishment of slavery and a reboot of a classic sitcom.

“As a best-selling author, producer and director, Janet Mock has demonstrated she knows how to bring her vision to thrilling, vivid life,” says Cindy Holland, Netflix VP of original content. “She’s a groundbreaker and creative force who we think will fit right in here at Netflix.”

Mock joins a very small club of powerful trans creators. Jill Soloway, who identifies as non-binary, has a production deal with Amazon Studios. For many in the bungalows and boardrooms of Hollywood, directors Lilly and Lana Wachowski were early and visible trans peers. They created “The Matrix” franchise and later the fan-favorite queer series “Sense8” at Netflix. After that, there aren’t many trans artists who have been given major platforms. Writers’ rooms for shows including “Transparent,” “Pose,” “Tales of the City” and the “L Word” reboot are staffed with trans people.

Mock, 36, was born in Hawaii and transitioned as a teen. She wrote a memoir in 2014 (which she plans to adapt) that was hailed as the first mainstream account of a young trans person’s journey. She worked for years as an editor at People magazine, and came out as trans in a 2011 article for Marie Claire. In addition to writing, she’s been a human rights advocate.

She entered Murphy’s orbit in 2017. The series creator took Mock under his wing, adding her to the writers’ room and hiring her to direct the sixth episode of the show’s first season, “Love Is the Message.”

“There was a major shift after I directed, from the network and the powers that be, who saw me as an artistic voice,” Mock says. “I never saw myself as an artist, and when I was given the power to direct, I showed myself what I could do. That’s when everything changed.”

Last fall, Murphy took Mock to the exclusive Los Angeles haunt the San Vicente Bungalows, and at a corner table over steak and wine they charted her future. Murphy asked where Mock saw herself in five years, and she simply said that she wanted to be successful.

“No,” Mock recalls Murphy saying, “what do you want?”

Mock wanted to be her own boss. “He told me what that looks like and what it costs,” she remembers. Two weeks later, she had a meeting at Netflix where she ran down her development slate and walked out with a deal. Mock calls it a “pinch me” moment.

“Upon my first meeting with Janet, I knew she was a star and had the stuff moguls are made of,” says Murphy. “Being able to watch her grow, first as a writer, then a producer and now an acclaimed director who’s helmed four episodes for my productions, has been a gift. I am honored to be her mentor and friend, am grateful she’ll be joining me to write and direct on ‘Hollywood,’ and am so excited to see what she creates at Netflix. Janet is a cultural force, and the world needs her stories.”

Murphy argued it was vital, Mock says for her to do something “outside of the ‘Pose’ space so they see you can do everything — that you are not limited by your identity, and it’s not beginner’s luck.” The “American Horror Story” and “Glee” creator told her it was important to produce highly visible commercial content in addition to passion projects.

Mock says her dream series is one about a young woman who leaves her small town and goes off for the first time. “It’s anchored deeply in my own experience,” she notes. “She decides to not be so open about being trans. What does it mean for a trans girl to just be in college? Just have her on a journey, and not so focused on her identity or origin story. What does it mean to be in this body and this world and to share space with people who don’t yet know you?”

In March, Mock presented the GLAAD Vanguard Award to Beyoncé and Jay-Z and used the opportunity to talk about the importance of trans representation in pop culture. She emphasized her excitement about being cast as a member of a futuristic council of women for Jay-Z’s music video for the song “Family Feud.” On the GLAAD stage, Mock wiped away tears and called the appearance a chance to show “a worldwide audience that LGBTQ people are worth being seen, heard and affirmed.”

Months later, Mock still gets emotional remembering that moment. Her role, she says, signaled that “in a world where the life expectancy of trans women of color is 35, someone saw that it was necessary to make sure that a trans woman of color was a part of the future. That’s the work.”

Mock’s Netflix deal will provide more chances to spread the message, she says. Trans and gender non-binary identities have made strides in recent years on-screen, but the community is underrepresented when it comes to filling key below-the-line roles and top producing gigs. Trans executives have been nearly shut out in the highest levels of networks and studios.

“For stories about transgender people to be truly real and authentic, trans people need to be behind the camera as well as in front of it,” says Nick Adams, director of transgender media and representation at GLAAD. “It is truly groundbreaking for Netflix to empower Janet Mock, a trans woman of color, to create and greenlight her own films and TV shows. We can’t wait to see the stories she’ll bring to the screen.”

Meredith Woerner contributed to this report.