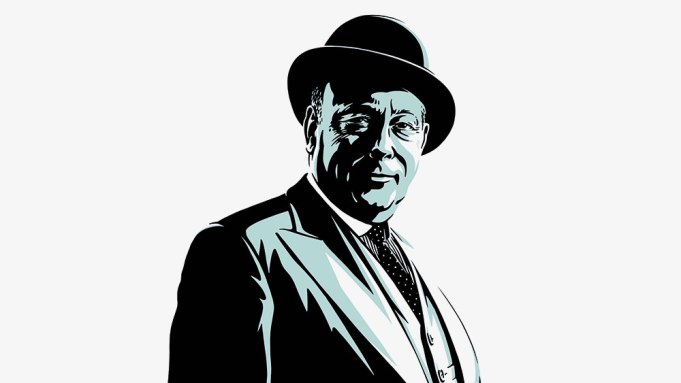 Julian Fellowes was all wrong for his time — at first. When he graduated from drama school in 1973, working-class dramas onstage were all the rage, and the aspiring actor struggled to get an agent. He eventually snagged a supporting role in “A Touch of Spring,” a West End comedy that required him to fall down a set of stairs nightly and brought him his first mention in Variety, a May 21, 1975, review that dubbed him “effective as a feckless young American diplomat.” Roles in film and TV shows followed, but Fellowes found his greatest success at a keyboard: In 2002, he won an Oscar for writing “Gosford Park” and gave up acting for good. He created TV series “Downton Abbey” in 2010, with the show racking up 15 Emmys, including a pair for Fellowes. Now he’s back with more adventures of the Crawley clan and its servants — this time on the big screen in a film opening Sept. 20.

How big a deal was “A Touch of Spring” to you as a young actor?

“A Touch of Spring” was a very key show for me. I had come up to London, and I had managed to persuade someone to become an agent — no agent would take me on because I was so wrong for that particular time. I thought, well, I’m going to give this a shot. When I got there, they were quite anxious to cast this part because the person who was going to do it had dropped out for some reason or another, and they were about to start rehearsals. One of the reasons they couldn’t cast it was the guy in the third act had to come on and fall down a flight of stairs. By that time, I was ready to do anything.

What did you mean when you said you were all wrong for that time?

That moment was the triumph of the working-class Northerner. It was Alan Bates and Albert Finney and Tom Courtenay and all of these players, and that was reflected onstage as well. There had been a revolution on the royal stage in the mid-’60s, and suddenly it was all working-class dramas. Writers were suddenly not writing about the middle classes, doing drawing-room comedies with dialogue like “Anyone for tennis?” — that was all finished — and it was about a rougher, rawer side of life. I’m not speaking against that; it was a very exciting time in the theater and in film. I would have found work much easier in the ’50s, because I would have been right for most of the plays going on in the West End. That didn’t mean I didn’t recognize that it was exciting.

In terms of your upbringing, where did you fall? Upper crust? Middle class?

I think I was sort of the bottom of the top. I had been to [private] school, and I had been to Cambridge, and that just wasn’t the right preparation for a life in acting at that moment. I was wrongly prepared, and I had to make up the difference through my own efforts, really.

Maybe you were wrong for the time, but your knowledge of England’s upper crust has certainly borne fruit in your writing and producing.

Yes, you never know how it’s all going to work out, do you? You have to use whatever you’ve got, really. I was recommended to Bob Altman by Bob Balaban. He said, “This is a guy who knows all about the territory you want to make a film about.” And having slightly run away from it, there it was, unlocking the door. Life’s full of surprises.