Should ‘Watchmen’ Come Back for Season 2? Variety’s Critics Debate 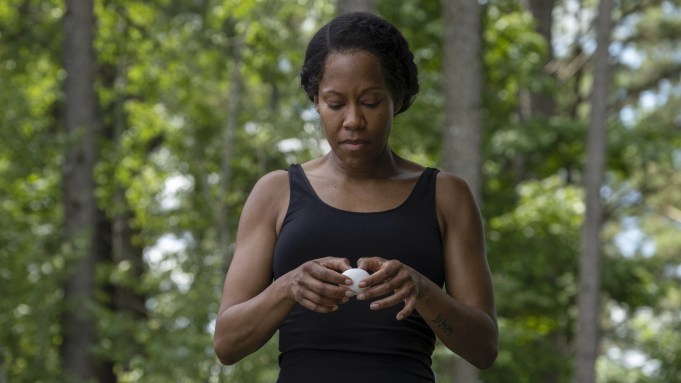 After the (literally) explosive finale of HBO’s “Watchmen,” Variety’s TV critics came together to discuss it, the season, and what made the show such wild and compelling television. (Beware SPOILERS for all nine episodes of “Watchmen.”)

Caroline Framke: All I knew going into the finale of “Watchmen” was that I had no idea what was about to happen on the finale of “Watchmen.” Every episode of the show took me completely by surprise, which, from where I’m standing, is a big part of what made it work. Even devoted readers of the comics who knew some of these characters already couldn’t wholly tell where Damon Lindelof and company were taking them, not least because this version of “Watchmen” turned the original inside out to shook out its very guts. And in opening the premiere with a visceral depiction of white supremacists wreaking the catastrophic damage of the 1921 Tulsa massacre, the series made clear from the jump that its goal wasn’t to enact some hagiographic paean to “Watchmen.” Instead, it excavated the ugliest, racist roots of the American psyche, and centered people who rarely get that chance in history and superhero stories alike.

Looking back at the season with the hindsight only a finale can afford, I’m struck by how many concrete answers “Watchmen” ended up giving us. Just about every loose end got tied up; the most powerful core of white supremacist leaders got zapped into bloody goo; we even got a late-breaking reveal of a familial link between Hong Chau’s Lady Trieu and Jeremy Irons’ Adrian Veidt. The only notes of relative ambiguity lay in that final shot of Angela (Regina King) lowering her foot to the surface of her pool to see if she might walk on it, and the identity of the silver spandexed weirdo known to the internet as “Lube Man.” (Then again, HBO’s supplementary materials might have answered that mystery for the diehards, so maybe never mind!) This kind of finality is rather unusual for Lindelof, whose previous work on “Lost” and “The Leftovers” is practically a tribute to the power of leaving open multiple doors of possibility. And while I both appreciate that he doesn’t particularly want to do a second season and love a story that feels complete in and of itself, I’ll admit that this ending also feels a little too neat for a show that unpacked so many fascinating, messy ideas.

Dan, you reviewed the season off the first six episodes (a hard job — so much of this show obviously depends on the ending!). What do you think of it now that you’ve seen the entire thing, so far as we know?

Daniel D’Addario: I’m of two minds. I genuinely love the ending, a moment of sublime tension that also, like the ambiguous story told by Nora Durst in the last installment of “The Leftovers,” matters less as a mystery to be resolved than in what about it is pure fact. (Whether or not Angela can now walk on water — and, for the record, she can, right? — the notion that she believes she can matters more.) I also think the ending augurs what could be a genuinely thrilling next installment, should the show go on; an Angela having come into her own power could be something quite fascinating. The final shot makes for a very elegant conclusion to a “Watchmen” series, but given how massive some of the swings the show has already taken, I think it’s not unfair to suggest that sometimes, restraint is overrated.

But maybe I’m just greedy for more of a show that took its time getting where it was going. As my initial, fairly negative review indicated, I was not part of the “Watchmen” hive from its earliest going; with six of nine episodes screened, I found the show’s approach to character diffuse and frustrating, and its story to be unwieldy. I think much of that critique holds — the Irons and Chau characters were not always well-served by storylines that withheld quite so much about their realities and origins, for as good as the finale’s reveals about both characters were. But perhaps I should have had more faith in Lindelof, whose vision for the story as a reclamation project of superheroics for the sort of characters who generally suffer under the heel of the law only really clicked for me with the introduction of the true identity of Yahya Abdul-Mateen II’s character.

Caroline, say more about why you found this ending too neat. I, if anything, found it intriguingly messy — if Angela really is the new Dr. Manhattan, she’s about to enter into a radically changed life, and either way, she’s set to catalyze radical change herself. Big stuff waits just beyond that final cut to black. But I also think we agree that more, here, would be warranted, right? Where do you think the story could go from here?

CF: It’s not so much that I found the ending neat as I was surprised by how many answers the show did give us for the mysteries it raises. Just about everyone had a connection to “Watchmen” lore, and just about every question got an answer. Maybe my stance on this is best exemplified by — of all things — the squid rain. The moment in the pilot when everyone has to pull over and patiently wait out a squid storm was the moment I was all in on the show itself; it was such a weird and confident bit of random worldbuilding that I truly didn’t need it explained. That the rationale came from Veidt, who I agree is a frustrating character despite Irons’ titanic performance, was probably inevitable, but a bit disappointing. I’ll also say that while I liked this finale very much, I didn’t need a 20-minute prelude with Veidt on Europa, yet again — and I really didn’t need the reveal that he’s Trieu’s father. That twist frankly felt shoehorned in at this final hour. Why would her mother, who hated Veidt, take revenge by inseminating herself with his sperm? Why couldn’t Trieu just be a brilliant Vietnamese woman who wanted to take power in a way she was never supposed to? That reveal felt, to me, as unnecessary as the Dr. Manhattan one felt extraordinary. (As an aside, that eighth episode, in which he and Angela meet and are in love in every moment, remains one of my favorites.)

Angela’s “ending” is absolutely the most enigmatic aspect of the finale — and as such, my favorite part by a mile. I agree that Angela almost definitely did absorb Manhattan’s powers, but like you said, the implications of that extraordinary shift in the cosmos are left deliciously out of reach. Lindelof has insisted that he’s not interested in continuing “Watchmen” himself, but if another writer (preferably a black woman!) were to take it over, the story of Angela Abar: Omnipotent God would be a hell of a springboard.

In that respect, “Watchmen” is, among so many other things, a very smart take on the classic “origin story.” While at first it reveals itself to be the origin story of Hooded Justice, by the end, it’s also Angela’s. Maybe it’s also the origin story for her son, who sees her Sister Night costume in the finale with a knowing look, or preteen clone Bian, who survives the frozen squid onslaught, or hell, even Lube Man. The show really does a beautiful job of showing exactly how everyone’s origin stories is tied up in each other’s, and in history, in such inextricable ways.

DD: That aspect you describe gets what I admired, too — the degree to which out of a chaotic stew of character came a crystalline set of relationships, all of which build together to make a band of potential change agents as entwined as the Avengers, or for that matter the crew from the original “Watchmen.” Some of the show’s relationships, I’ll certainly concede, were overdetermined, as you say; I agree that Veidt doesn’t need to be Trieu’s father in order for her to be obsessed with his power. But others, like Angela’s respectful if sometimes wary connection with her grandfather and her predecessor in vigilantism (Louis Gossett Jr.), demonstrate an understanding of just how prismatic a superhero story can be. They also form bonds from history to the present, from past trauma to present action, that have real power.

Which raises the question, again, of a second season. I am less enthused about the idea of a new creator taking on the project, which calls to mind an anthology series rather than a project whose mounting power over its run — as well as, yes, a flaw or two — stems from its creator’s vision. The fact that many of the characters have either been ushered offstage or have little, perhaps, left to show us is to my eye the greatest argument for more. “The Leftovers” rebooted each season in a new setting and with new characters; that’s, indeed, how King entered Lindelof’s orbit, as a character in that show’s second season, instantly introducing a new emotional tenor into the series. That show, whose early going could feel claustrophobic, came to seem boundless in its imagination as its aperture expanded. Think of how much further “Watchmen,” having worked out some of its early kinks, dispensed with its more limited characters, and assertively found a voice of its own, could soar. (And, I suspect, thinking about it is all we’ll be able to do.)

CF: Your point about “The Leftovers” getting better with revised focus each season is a good one, and I agree that “Watchmen” could absolutely come back and crush it. I also understand why Lindelof is hesitant to do so. Sometimes, shows I loved come back for a stellar second season despite seeming to end perfectly (hello, “Fleabag” and “Barry”); other times, they resurrect to diminishing returns (what’s up, “Killing Eve”). Whatever Angela does with Dr. Manhattan’s powers would be a fascinating new avenue to explore, but the slow burn reveal of how she got them is, to my eye, as complete as can be. It speaks to how strong this iteration of “Watchmen” is by its end that, if it does in fact conclude here, it’ll remain a satisfying story in and of itself.