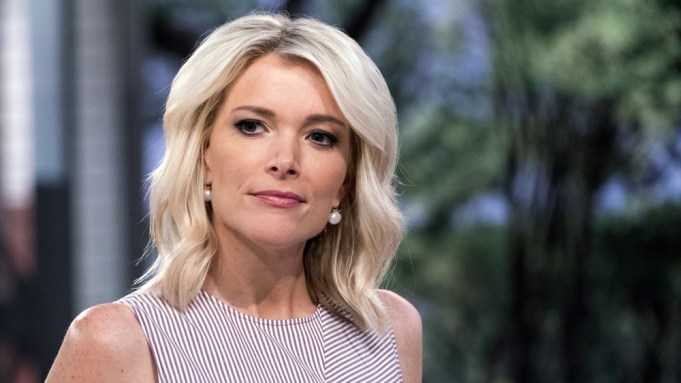 Megyn Kelly made the first steps toward a TV comeback on Wednesday night, appearing on Fox News, the network that brought her to prominence, to decry NBC, the network from which she parted ways last year. It was a booking that had everything that has made Kelly a compelling figure for years — a sense that the fight was deeply personalized even as Kelly appealed to a higher set of values, a certain glee in the cut-and-thrust of argument and a positioning of Kelly herself as separate and apart from colleagues in the media.

And yet some fundamental charisma seemed gone. Kelly, a star on Fox whose NBC morning hour failed to suit her prosecutorial zeal, ought to know how to do this. Interviewed by a host as fundamentally congenial to his ideological allies as Tucker Carlson, Kelly was presented softball after softball about NBC’s mishandling of the Harvey Weinstein story — a story recounted in Ronan Farrow’s new book that happened to be unfolding while Kelly, who’d previously been near the center of the Roger Ailes sexual harassment inquiry, was in the building. And yet she was at times uncharacteristically tongue-tied. Speaking with care about an employer from whom she’d had a contentious split (saying, for instance, that “the question is open as to whether they put dollars ahead of decency”), Kelly seemed to be stopping short; in issuing a terse “no comment” to a provocative question implying she’d been let go from NBC for being outspoken, she made herself clear.

But it was a point that seemed to demand amplification, given other details for her departure (which occurred after she defended blackface on-air); elsewhere, she tried to position herself very near the center of the NBC story, saying she was “getting to the bottom of what NBC knew” while there — something that strained credulity if only because Kelly had so little even in the way of unique insight to show for it. There was, often, the sense of things being held in reserve. Perhaps if Kelly is to tell what she sees as the real and complete story of her time at NBC, it’ll happen on her own time and her own platform.

But that platform seemed at times further away, no matter that, at interview’s end, Kelly said she’d be looking for new opportunities: “I’ll get back on that horse soon, because this has been fun.” Fun is in the eye of the beholder, perhaps. Historically, Kelly’s temperament had run toward the icy as she took apart whomever was that day’s opponent; the colder things got, the more fun was being had. (This, notably, is why then-candidate Donald Trump’s assessment of Kelly as fueled by rage was not just misogynistic but fundamentally untrue; her questioning of him in a 2015 debate had the typical Kelly sangfroid.) Here, though, Kelly seemed uncertain of herself and where she was going: Allowed to rove freely by Carlson’s limp questioning, she ranged over, say, NBC News chief Noah Oppenheim’s college writings about women and assault, before allowing that college students often say indefensible things. Having one big point to make — that NBC News ought to bring in an outside investigator, an argument it hardly took a former anchor on their air to carry across — and having clearly made it, there was almost too much room to maneuver.

On NBC, Kelly had been hemmed in not merely by a corporate culture she now speaks out against, but also by smaller but more visible things: Format, a desire to broadly reach an audience. She made the choice, then, to attempt to downshift the content and the tone of her broadcast, working to speak on other topics (she eventually faltered, obviously) and to speak in a tone a bit further from the courtroom. The trouble, now, may be that after that experience and after a year off the air, Kelly is out of practice. Guided in for a landing by Carlson, Kelly addressed the unique and special qualities of Fox as a broadcaster, noting that it was a place that, since its inception, had believed that, “If you did fair and balanced news, the people would watch.” (Her specific mention of Fox’s creation in 1996 called to mind the recent departure of anchor Shep Smith, who’d been there since the beginning and who quit after his evenhanded reporting grew controversial.) Elsewhere in the media, she said, “there was a baked-in bias against people who believe in home-schooling, who believe in a pro-life position, who might have a gun”; the rest of the mainstream media, in her telling, has now mobilized against Trump and his supporters.

It was unpleasantly transparent even for a host whose moves in the past — framing herself first as the most equanimous at Fox, then as the sunniest of all NBC, then as someone not fired but granted an opportunity to speak out — had had a certain clomping unsubtlety. More groaning still, was, when asked what she’d learned, Kelly’s response was, “Just as awful as the media can be, actual humans are awesome.” Kelly’s adversaries nowadays are members of the media; so, too, is Farrow, whose reporting she frames herself as having been right behind as she chased the story at NBC; so is Kelly herself, or so she was and might be again. That her pathway there is using an experience she can barely discuss to open a broader argument against the media as the whole is an unpleasant reminder of the era of Kelly’s dominance, one in which her savvy reigned over any core belief.

Maybe, though, that savvy’s a bit rusty, too. Before she said she’d learned that real people are better than the media, Kelly joked that she’d learned nothing. “I’m like Woody Allen!” she said. It was a weird and off-tone gag for a TV personality commenting on the reporting of Allen’s son, who’s been open about his belief that Allen molested his sister. Maybe she’s forgotten what she once knew about TV. Or, maybe, in making the sort of comment that will attract writers to say that Kelly is insensitive and just plain odd, Kelly is showing that, learning or no, she’s at least remembered how to play the provocateur. The question as to whether or not TV needs another such chaos agent will be answered soon enough.