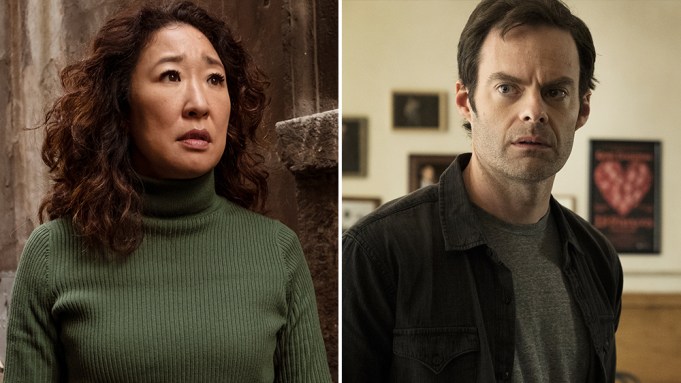 SPOILER ALERT: This article contains spoilers for the entire second seasons of “Killing Eve” and “Barry.”

I was dead certain that “Killing Eve” and “Barry” — two of my favorite television debuts of 2018 — should have ended after a single season. Both coincidentally starring unstable assassins, the shows were smart, propulsive, and extremely weird straight out of the gate. Their first seasons were unsparing and gutsy, telling wildly twisting stories of deceit and murder, temptation and morality with such enthusiasm that it seemed impossible that either could keep it up for too long.

As the second seasons of “Barry” and “Killing Eve” unfolded — on the same nights, even! — they became revealing inverses of each other. And now that both have aired their finales, I can confidently say that I was right to question a return — and also, that I was wrong.

On the disappointing side of things lies “Killing Eve,” which just closed out a frustrating, inert season that ended up confirming all my fears after creator Phoebe Waller-Bridge — a singularly sharp voice whose comedy “Fleabag” is an all-timer — handed over the reins. (Emerald Fennell took over as head writer this season; she will in turn pass it on to Suzanne Heathcote for season 3, for better or for worse.) After spending a solid three episodes trying to reconcile the catastrophic events of the first season finale, the show spun its wheels trying to find a marginally intriguing destination. The overarching mystery of shadowy syndicate “The Twelve” ran in boring little circles. Eve and Villanelle became single-minded obsessives prone to making extremely dumb choices — an evolution the season eventually acknowledged, but never truly sold.

Yes, the dynamic duo of Sandra Oh and Jodie Comer is still incredible; they still imbue their performances of Eve and Villanelle with such wit and raw intensity that they came as close to selling the scripts’ increasingly ridiculous turns as can be expected. But their chemistry is all season 2 knew to count on. Everything singular about Eve and Villanelle’s characters and relationship to each other dissolved into a muddled mess of hormones that ended with them in almost exactly the same position as before. (Seriously: The finale’s supposedly shocking last scene is basically the last scene of the first season finale, only less intimate and in reverse.) “Killing Eve” leaned so hard on the basics of its appeal that it forgot to do much of anything new at all.

And while this season might have made Eve and Villanelle’s attraction to each other even more explicit, it also made a bigger show of dangling it just out of reach. It’s one thing to play with the idea of forbidden queer desire, and quite another to endlessly tease it out without a tangible point in sight. Having loved the first season so much, I truly take no pleasure in being right about the second season flailing, but the fact is that the second Villanelle pulled her trigger on Eve, my response wasn’t the gasp that “Killing Eve” wanted, but a resigned shrug. A more daring choice for the show might have been the one Eve summarily rejected. What would the show look like in season 3 if she had gone on the run with Villanelle, torn but thrilled to have finally given in to her magnetic pull? At the very least, it would have been different.

“Killing Eve’s” failure to justify continuing into a second season makes what “Barry” did with its extended time even more impressive. While “Killing Eve” skated on the surface, “Barry” drilled deeper into what makes its characters tick, experimented with its own form, and found surprising things to say about its themes without becoming too repetitive. Barry (co-creator Bill Hader) and his girlfriend Sally (Sarah Goldberg) reluctantly dug into their pasts, unearthing revelations neither were quite ready for. Barry remembered the trauma of combat and the sickening thrill he felt when he first killed someone and became one of the guys. Sally faced the truth of her abusive marriage and her conflicted shame about never standing up to the husband who would choke and berate her. Gene (Henry Winkler) grieved the loss of his girlfriend, reached out to his estranged son (Andrew Leeds), and genuinely tried to become a more considerate person.

All of these character evolutions are firmly rooted in seeds the first season planted while consciously moving them forward. They also give the actors, each fantastic, new shades to flesh out their already distinct performances. Winkler gives Gene a visceral sadness that’s an awful punch to the stomach every time he reveals it; Goldberg calibrates Sally’s manic ambition with enough pathos to ground her; Hader’s extraordinarily expressive face makes Barry’s increasingly locked jaw an unfurling horror story. Even Anthony Carrigan gets to play some different sides of Noho Hank, the insecure and earnest crime boss who would really much rather be running a chain of quaint B&Bs. “Barry’s” close attention to character detail made its willingness to eviscerate expectations in season 2 shocking in all the best ways. Even when it strayed farther afield of its established world in an episode like “ronny/lilly,” the show’s specificity held it together. Rarely did a scene go by without a point or payoff — not even Noho Hank’s, seemingly cast off into the margins with his insecurities and hapless crew.

Both “Barry” and “Killing Eve” were renewed for third seasons early in their second seasons; both ended on giant, dramatic cliffhangers. Going forward, I have far more confidence in “Barry’s” ability to rationalize its riskier choices and make sense of its characters’ fraying new realities. “Killing Eve,” however, will have to take a good hard look at the story it’s telling and figure out what, exactly, it wants to say beyond “these women are drawn to each other.” We’ve known that since day one. Now it’s time for the show to find something else to say, or else risk losing everything that made it special in the first place.