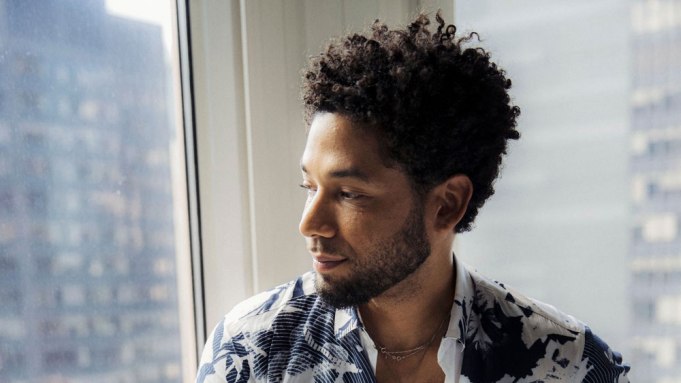 Like so many other stories these days, the Jussie Smollett legal saga seemed governed not by coherent logic, but by chaos, and, in its absence of narrative, invites any observer to find in it the story they prefer hearing.

Smollett, the “Empire” star who had been in legal jeopardy due to allegations of staging a purported hate crime against himself before the charges against him were dropped on Tuesday, is, to the core fans who’ve stood by him throughout, an unjustly chosen target liberated at last from those who sought to cause him harm. To critics — of Smollett or of the media for whom the twists in the story came as a surprise — the story is one of an endlessly coddled Hollywood star and the credulous press who fell for his act, ultimately getting what they wanted due to an unequal application of justice. In this way, the story is a perverse sort of mirror-image reflection of the recent Mueller report, whose summary by the attorney general seemed either to dispel the clouds over President Donald Trump or to miss them entirely, depending on one’s angle of approach.

The Smollett story wraps up with a similar lack of true catharsis. And though Smollett himself, a free man who gets to continue his life and likely his work on “Empire,” may not mind terribly, this outcome actually stands to hurt him going forward. Were he given a day in court to defend himself — gaining exoneration or being compelled to make restitution — he would have a story we understood how to talk about. He would either enjoy the unqualified vindication of an acquittal or repay a debt through the justice system.

Either way would allow Smollett to move past an incident that seems likely, instead, to cling to him. The popularity of the true-crime genre over the past five years makes clear something that’s always been the case: The general public loves to nose around in crime stories, and won’t stop until they arrive at satisfaction. And the degree to which Smollett’s resists clear explication — certainly not by the man himself, who’s been vague about what happened though he insists on his innocence — means that it will remain fodder for those who want to find definitive proof of Smollett’s innocence and of his guilt alike. There’s no moving past this, at least not in the short term.

Making this all the more frustrating is the degree to which Smollett had, in the past, been an important figure — an out gay black man playing a character with the same demographic realities, sitting proudly at the intersection of identities and showing the world what he could do. After the purported attack on Smollett, but before details of him becoming a suspect became public, I wrote a tribute to that effect. It was a piece I came to regret even as its specifics about his achievements were true. The fact of his newly being or seeming like a figure of scandal blotted out what good he had done, made them hard to talk about and seemingly beyond the point.

Will the story of whatever was the crime around him be the first reference point for Jussie Smollett forever? While Fox tersely stated they were “gratified” by their star getting to walk free, it’s hard to see a path forward after his contracted work on “Empire” wraps up; this story likely will prevent him, too, from achieving the good he might otherwise do. After the charges were dropped, Smollett pledged to “always continue to fight for the justice, equality, and betterment of marginalized people everywhere.” It’s a worthy goal, in keeping with the Smollett fans knew before this incident. But given the doubt that swirls around him, right or wrong, it’s hard to know who’d embrace him as an ally. After all, to some portion of the public, the charges being dropped is a miscarriage of justice, a belief they’ll never be dissuaded of as the argument against Smollett was never tested in open court. And to a likely larger portion, Smollett is shrouded in uncertainty, a sort of Schrödinger’s scammer who either did or did not commit a crime, and who’s so painful to contemplate that he grows hard to watch. He might have gotten off easy or — freed by courts of law, but not in the court of public opinion — might just be unjustly paying for the rest of his life.