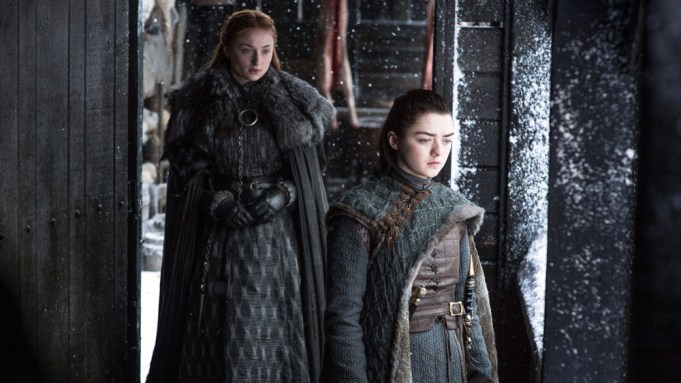 It’s difficult now to imagine “Game of Thrones” not being the staggering phenomenon it became. Since its 2011 debut, HBO’s landmark drama has smashed records and redefined the scope of TV as we once knew it, getting bigger and broader with every passing episode. But even if it was always ambitious, the early success of “Game of Thrones” wasn’t thanks to its enormous battles or rapidly growing dragons, cool though they all were. No — the reason why such a sprawling story as “Game of Thrones” worked at all in the outset was because it was, at first, one of the sharpest family dramas on TV.

“Game of Thrones” initially took what could have been an overwhelming text and boiled it down to something every viewer could understand: the fascinating, endlessly tangled knots of families. Focusing on the sly Lannisters, noble Starks, and seething Targaryeans, the season explored political upheaval by teasing out each family’s unique dynamics and traumas. Each family has their own motivations — power for the Lannisters, honor for the Starks, redemption for the Targaryeans — but they also have their own reasons for being that way.

They each have their own hopes and dreams, their own senses of what makes a good ruler and parent versus a bad one. They all even have their own definitions of what it means to be “good” or “bad” at all. (But for the record: Ned and Catelyn Stark were good parents and terrible politicians, and the Lannisters, vice versa.) Like “The Sopranos” and “Friday Night Lights” and “Six Feet Under” before it, “Game of Thrones” wisely rooted its stories in family trees and let them grow from there.

Even as the show assigned every family its own well-trod tropes — the Starks cast as the heroes, Lannisters the villains, and Daenarys Targaryean the ascending underdog — it also makes room for nuance and explanation where warranted. Relationships between the many siblings (an underrepresented dynamic on TV in general) are believably messy, loving, petty, fraught, and  fiercely loyal even in the worst of times. And when someone like tomboy Arya (Maisie Williams) or affable scoundrel Tyrion (Peter Dinklage) bucked their established family traditions, they immediately became more intriguing for it.

And then, just when everyone’s place seemed set in stone, the show followed the book’s lead and killed off ostensible protagonist Ned (Sean Bean), upending the character hierarchy and throwing everything into chaos an episode before the season’s actual end. That moment — and the lingering shots of Ned’s sobbing daughters surrounding it — wouldn’t have hit half as hard as it did without the show laying such meticulous groundwork of what he means to his family, and what his family means to the realm in turn.

From that brilliant twist of fate and the birth of Daenarys’ dragons onward, “Game of Thrones” necessarily became a different show. Its worldview expanded as the divided families, scattered to the winds, fought for and against each other to catastrophic ends. It introduced yet more dynasties, some worthier of our attention than others. (R.I.P House of Tyrell, you beautiful scapegoats, you.) It revealed new avenues of mysticism and monsters lurking in the shadows. It wiped out armies in a swell of fire and brought people back to uneasy life. It emphasized a looming threat unlike any other creeping south toward the Wall, their eyes glowing blue and cold with fury. But for all its sweeping might, vicious turns, and determination to make TV as big as HBO would let it, “Game of Thrones” lagged in its middle seasons because it forgot to root its story in the familial foundation that once served it so well. More often than not, it went bigger instead of going home.

But when the show remembered where its strengths lie, it found surer footing. The colossal fall and alarming rise of Cersei Lannister (Lena Headey) hinged entirely on her burning need to keep her children safe — and the devastated rage she’s now unleashing in the wake of her failure to do so.  Jon Snow (Kit Harington), whose entire identity was built on being a bastard, redefined what family means to him in order to embrace his place in the world. Arya and Sansa (Sophie Turner) went to hell and back after their father died, and yet the most exciting thing they’ve done to date is reunite. Even the dragons, unprecedented and fearsome weapons though they are, play their most compelling parts as Daenarys’ surrogate sons.

Years from now, “Game of Thrones” may be most remembered for its (literally) explosive moments. I get it; a zombie ice dragon blowing a hole through a frozen wall is a tough image to shake. But hopefully the show can remember in its final days that its most effective storytelling choices always came from its examinations of how families come together, fall apart, and begin anew.