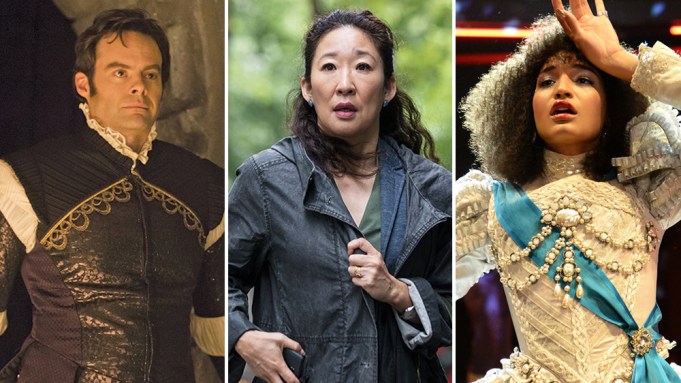 “The Americans,” “Barry,” “The End of the F***ing World,” “The Good Place,” “Hannah Gadsby: Nanette,” “Killing Eve,” “Patriot Act with Hasan Minhaj,” “Pose” and “Random Acts of Flyness” have been named the entertainment winners at this year’s Peabody Awards, Variety has learned exclusively.

“The Americans,” from Fox 21 Television Studios and FX Productions, aired on FX for six seasons from 2013 to 2018. It wrapped its run in May of last year. The 1980s-set thrilled centered on two Soviet spies who were deep undercover as middle class American parents. Amblin Television also produced.

“Barry,” from HBO Entertainment in association with Alec Berg and Hanarply, currently airs its second season on HBO. The dark comedy was co-created by and stars Bill Hader as the titular hitman who decides he wants to be an actor and pursues his new dream while still feeling pulls from his past.

“The End of the F***ing World” is from Clerkenwell Films/Dominic Buchanan Productions for Channel 4 Television and Netflix. Its first season saw a self-identifying psychopath collide with a high school rebel in a darkly comedic coming-of-age tale. It is based on a graphic novel by Charles Forsman.

“The Good Place” comes from Universal Television, Fremulon and 3 Arts Entertainment. Its third season recently aired on NBC, following its characters from Earth back to the afterlife in a contemporary morality play. The series from Michael Schur received a Peabody nomination last year as well.

“Hannah Gadsby: Nanette,” a stand-up special from Gadsby that streams on Netflix, makes statements about what it means to be laughed at, the destructive power of heteronormativity and toxic masculinity, male sexual violence and how easily society tolerates all of the above.

“Killing Eve,” produced by Sid Gentle Films Ltd for BBC America, is currently airing its second season on BBC America and simulcast on AMC. A tense cat-and-mouse thriller based on Luke Jennings’ novellas, the series follows a titular MI6 agent as she hunts, and is hunted by, a female assassin.

“Patriot Act with Hasan Minhaj” features comedian and actor Minhaj in a weekly variety talk format that sees him engaging in political discourse. The show streams on Netflix.

“Pose,” from Fox 21 Television Studios and FX Productions, will launch its second season on FX this June. Set in 1980s New York, the show follows the rivalry between the established House of Abundance and upstart House of Evangelista in ballroom society. The show’s central characters are gay and trans people of color living during the HIV/AIDs crisis.

“Random Acts of Flyness,” from HBO Entertainment in association with A24 and MVMT,” airs on HBO and ponders what it means to be young and black in America, through a mix of aesthetic absurdity, critique and affirmation.

“Sesame Street” was created by Joan Ganz Cooney and Lloyd Morrisett and first premiered in 1969. The goal is to teach lessons about the importance of inclusion, empathy and acceptance, in addition to math, spelling, logic and the arts. While the series airs on PBS, Sesame Workshop also has deals with HBO and Apple to ensure today’s youth have access to the content across platforms.

“Steven Universe,” from Cartoon Network Studios,” is an animated fantasy epic and superhero saga that teaches that empathy is the most important superpower. The show was created by Rebecca Sugar and airs on Cartoon Network.

Peabody winners, including Rita Moreno, who is receiving the Career Achievement Award, and the previously announced documentary honorees, will attend a red carpet celebration on May 18 at Cipriani Wall Street in New York. Ronan Farrow will host the event, sponsored by Mercedes Benz. Variety is the exclusive media partner of the event.