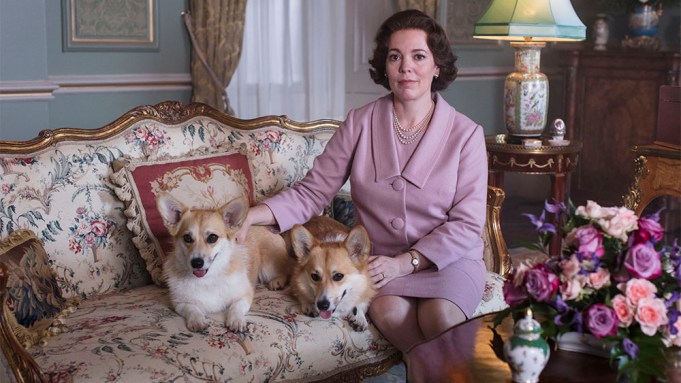 And so they meet again, two war-torn awards adversaries, but this time on a different battleground. Even with plenty of snubs under its belt (including the shocking omission of “When They See Us”), Netflix led all programmers with its 17 2020 Golden Globe nominations. Not far behind was HBO, with 15.

Netflix’s slight lead — powered by “The Crown” and “Unbelievable,” both of which earned four nods (along with HBO’s “Chernobyl”) — is a reverse over HBO’s advantage this past year at the Emmy Awards, where it led with 137 nominations, to Netflix’s 117. It’s a reminder that even in this Peak TV era, the TV awards race is dominated by just a handful of premium players — with Netflix and HBO at the top, jockeying for the pole position bragging rights.

But the battle of the two TV titans may be overshadowed by another angle: The overall dominance of streamers at this year’s Golden Globe noms. Between Netflix, Hulu, Amazon Prime Video and newcomer Apple TV Plus, the digital world received 30 nominations. HBO and Showtime combined made for 18 premium cable noms, while FX Networks (which was last year’s nomination leader), BBC America and USA Network combined for seven basic cable nods. Broadcast was completely shut out.

All told, thanks to the Netflix/HBO domination, the Golden Globes tally was spread among just nine outlets. Compare that to last year, when 13 outlets shared the nominations — spread a bit more evenly between streamers (19), basic cable (16), premium cable (15), and broadcast (4).

But TV is changing rapidly, and this year’s Globes nominations reflect that. Apple TV Plus was the first of several new streaming services launching or scheduled to launch over the next year or two; Disney Plus also premiered its direct-to-consumer platform in November. The arrival of so many new deep-pocketed outlets, all investing heavily in original programming, are likely to once again change the TV awards landscape — which was already rocked earlier this decade as Netflix, Amazon and Hulu all became major contenders.

The timing of the Apple TV Plus launch is also notable for the Globes, as it played into the HFPA’s eagerness to reward new programs before the Emmys get a chance. Because of the timing of the telecast, anything that premieres in the summer or the fall gets a crack at Golden Globe attention first. In the case of Apple TV Plus, that was quite a few new series eligible for a Globe before Emmy campaigning even started.

Besides “Morning Show,” other series getting an early crack at glory include Netflix’s third season of “The Crown,” second season of “The Kominsky Method,” new drama “Unbelievable” and new comedy “The Politician,” as well as the third season of “The Marvelous Mrs. Maisel” on Amazon Prime. In premium cable, shows getting first crack here include HBO’s Season 2 of “Big Little Lies” and Showtime’s “The Loudest Voice.”

But the TV calendar is changing, as most outlets now employ a year-round launch strategy. And that’s why some of the biggest Globes nominees have already gone through the Emmy gauntlet. Among programs that already scored at the Emmys, but are just now eligible for Globes contention: Amazon’s “Fleabag,” HBO’s “Chernobyl,” FX’s “Fosse/Verdon,” Hulu’s “The Act” and BBC America’s “Killing Eve.”

As for the nominations themselves, well, we’ll repeat ourselves: What a difference a year makes. And not necessarily in a good way. Or as an exasperated colleague wrote on Twitter, “the Globes are gonna Globe.”

Indeed, a year after the HFPA appeared to make real progress in recognizing a wide, diverse body of talent — including a win for Sandra Oh as best drama actress, the first-ever for an actress of Asian descent — the organization appeared to take a step back.

Oh, who co-hosted the Globes telecast in January with Andy Samberg, didn’t even earn a repeat nomination this year for “Killing Eve,” despite being the incumbent winner. But the real shocker of a snub was perhaps the complete omission of Ava DuVernay’s limited series about the exonerated Central Park Five, “When They See Us.” Most pundits expected several nods, including one for star Jharrel Jerome, who received an Emmy for his role. Given how dominant Netflix was with the Globes nomination tally, it’s surprising (or perhaps not) that the HFPA had a complete blindspot for the program.

On the plus side, Hulu’s “Ramy” star Ramy Youssef received a surprise, and well-deserved, nomination for his comedy “Ramy,” which chronicles his experiences as a first-generation American Muslim.

Head scratching appears to be the Globes’ M.O., and if that’s the case, then this year’s nominations were definitely on brand.