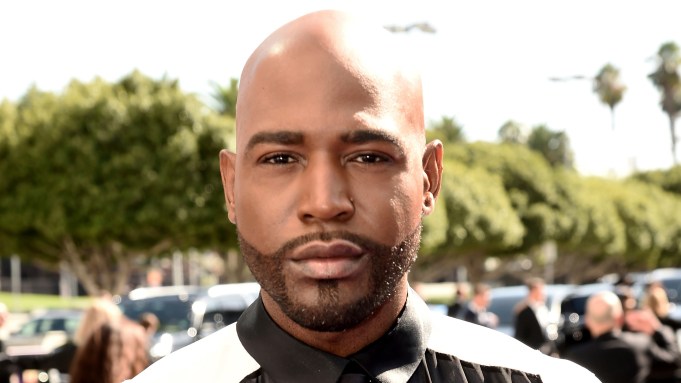 Karamo Brown has doubled down on comments he made about his fellow “Dancing with the Stars” contestant Sean Spicer, in which he promoted the idea of meeting political adversaries “in the middle.”

The amicable “Queer Eye” host received criticism when he said he was “most excited to meet” Spicer ahead of the show’s 28th season, with many taking Brown’s words as condoning the actions of the previous White House secretary, infamous for his routine lies from the lectern.

“I want people to know that as a country we have to always reach out to those that are different from us and try to figure out how to have conversations. And that’s most important,” Brown told Variety‘s Marc Malkin on the Emmys purple carpet on Sunday night.

However, the Fab Five member clarified that he does understand the criticism he received. “I understand what [they’re] feeling because I feel the exact same way,” Brown said when asked about his personal feelings towards Spicer’s contentious behavior. “But the way I was raised by my parents,” he continued, “is that you always have to reach out and try to do the work. There has to be a soldier that wants to step up to the front line. And if I’m gonna get hate for being that soldier, that’s okay with me.”

Spicer’s casting on the ABC competition show received significant backlash immediately following their announcement earlier this month. Even “DWTS” host Tom Bergeron released a statement expressing his disappointment over the casting, tweeting that he had hoped the upcoming season would be a “joyful respite from our exhausting political climate.”