‘When They See Us’ Star Jharrel Jerome: ‘Our Strongest Stories Are the Stories of Pain’ 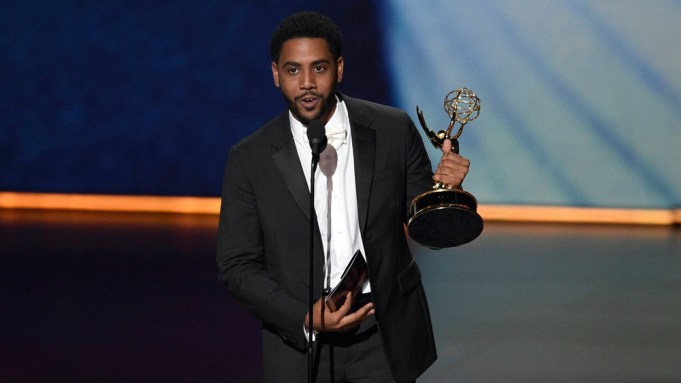 “When They See Us” star and newly minted Emmy winner Jharrel Jerome was posed a tough question backstage after taking lead actor in a limited series or movie.

A reporter asked Jerome why people of color seem to win major awards only for stories that detail their trials and tribulations.

“Unfortunately, I think our strongest stories are the stories of pain, considering that’s what we go through on a daily basis,” he said. “Our pain needs to be told, so if it has to be for the next 20 years we’re just painfully telling our stories until we move on, then it has to be.”

Jerome nabbed the Emmy for his work as the real-life Korey Wise, one of the members of a wrongfully convicted group of young men who came to be known as the Central Park Five before they were exonerated years later.

The actor spoke about what it meant to him, to Wise and to the other members of the Exonerated Five, who were in the audience to see him win.

“I feel like I’m on the basketball team and I made that final shot and they’re in the back (cheering),” he said. “I felt like I was in a championship game, and we went through our final hurrah … 30 years ago they were sitting in a prison cell falsely incarcerated, and today they’re in suits styled by designers for the Emmys.”