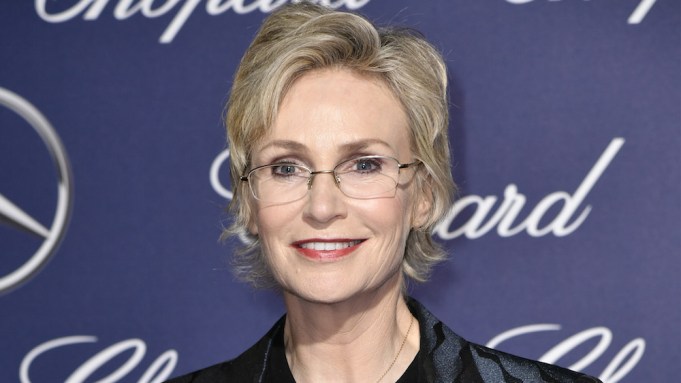 Jane Lynch has been crowned the winner of the 2019 guest comedy actress Emmy for her role of comic Sophie Lennon on Amazon Prime Video’s “The Marvelous Mrs. Maisel.”

This was Lynch’s second consecutive nomination for the role but first win. However, it is her fifth Emmy overall, after winning a short form statue in 2017, as well as reality host trophies for “Hollywood Game Night” in 2014 and 2015, and a supporting comedy actress statue for “Glee” in 2010.

This year, Lynch was nominated alongside a duo of “Saturday Night Live” hosts in Sandra Oh and Emma Thompson, a duo of “Fleabag” players in Fiona Shaw and Kristin Scott Thomas, as well as Maya Rudolph from “The Good Place.”

Lynch dedicated her award to the female comedy pioneers of the 1960s who had to have a gimmick in their act to get on stage. She cited Joan Rivers, Totie Fields, Phyllis Diller and Moms Mabley. “I would like to dedicate this lady to those gals who blazed the trail,” she said.