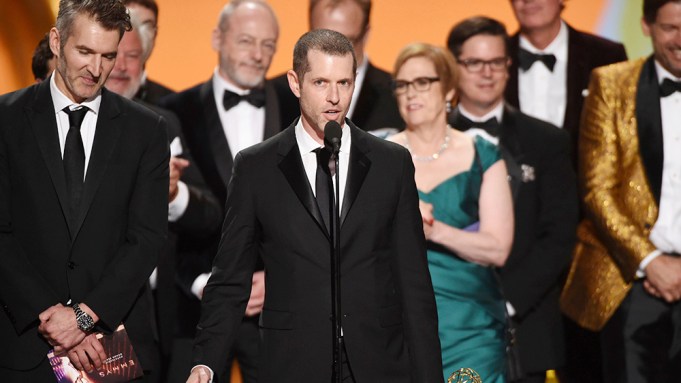 Though a vocal set of fans weren’t happy with the final season of “Game of Thrones,” the Television Academy was.

“Game of Thrones” once again won the drama series Emmy on Sunday night for its eighth season. This is its fourth win in the category overall and second consecutive one (it also took the trophy in 2015 and 2016).

The HBO fantasy epic signed off earlier this year, and this marks the last time the Television Academy can reward it. It topped “Better Call Saul,” “Bodyguard,” “Killing Eve,” “Ozark,” “Pose,” “Succession” and “This Is Us” to take this trophy.

“Game of Thrones” was nominated for 32 total awards this year, the most-ever for a series in one year. In addition to this one, it also won Peter Dinklage a supporting drama actor trophy, giving the Tyrion Lannister actor the record for most wins in that category. It was also nominated for lead drama actor (Kit Harington), lead drama actress (Emilia Clarke), supporting drama actress (Gwendoline Christie, Lena Headey, Sophie Turner, Maisie Williams), and drama writing and directing.