How ‘Game of Thrones,’ ‘The Umbrella Academy’ Rely on VFX for Big Scale Story Elements

It was a very good year for VFX in television, as evidenced by the five nominated shows in the special visual effects category. “Game of Thrones,” “The Man in the High Castle,” “The Orville,” “Star Trek: Discovery” and “The Umbrella Academy” all showcased truly cutting-edge, imaginative storytelling elements added by artists during the post-production process. Relying on the latest technological advances and tools allowed the teams behind these series to better plan out and then execute everything from elaborately choreographed battles in outer space to fire-breathing dragons, to the destruction of the Statue of Liberty.

“Game of Thrones”
(HBO)
The blockbuster fantasy epic, nominated for its visually ambitious penultimate episode, “The Bells,” presented lead visual-effects supervisor Joe Bauer and his team several challenges, but “the biggest was building out, and then destroying King’s Landing,” he says. Using new technology — photogrammetry for digital scanning to produce 3D models of old town Dubrovnik, Croatia — enabled them to “not only capture point cloud data to produce accurate surfaces, but also to simultaneously gather photographic information.” This avoided the time-consuming step of separately creating and applying texture maps, and gave the digital city a photo-real appearance for shot production much more quickly. “Because we would see all-encompassing views of the city prior to and in the process of destruction, we needed the familiar landmarks and architecture, yet expanded to accommodate the disparate story beats — the city could not be too small to sell ‘spectacular,’ nor too big to sell absolute destruction by a single dragon,” he says. “The hero vendor used our scans as building blocks to construct all the city’s topography. They then created a second, destroyed city that could be revealed as the dragon spread its fiery destruction.” 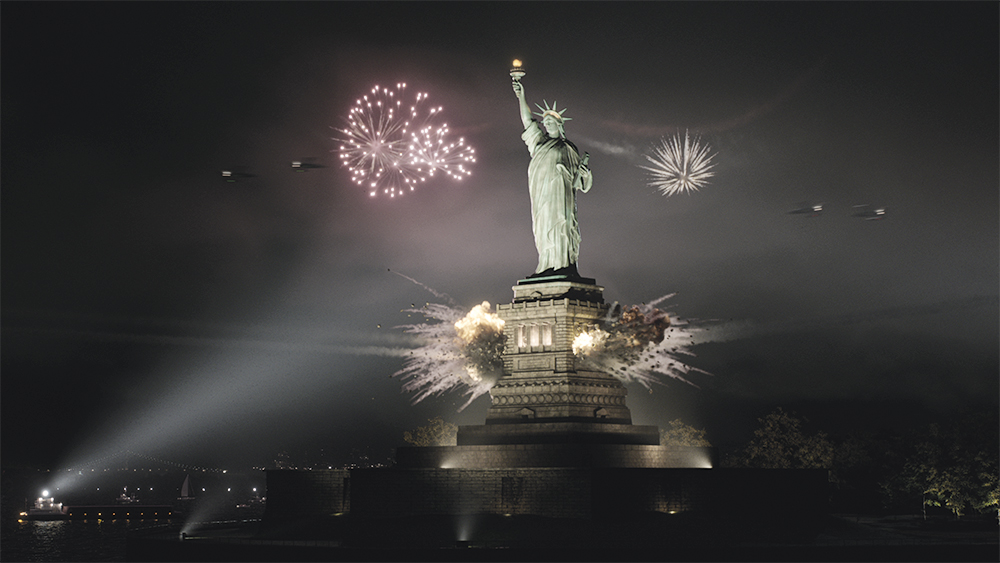 “The Man in the High Castle”
(Amazon Prime Video)
The alternate history streaming series was nominated for its third season-ending episode, “Jahr Null,” in which the Nazis, in a carefully choreographed ceremony, destroyed the Statue of Liberty. “We spent months planning exactly how to do it, as it was very complicated,” says senior VFX supervisor Lawson Deming. “The director wanted the torch to break off and fall into the bay, which, because of logistics, meant it had to slide down the rubble first.” The sequence also featured planes flying overhead with colored smoke-trails, missiles fired at the statue, fireworks and demolition charges — “a lot of moving parts,” he adds. Deming worked closely with his Barnstorm VFX team, including Dynamics lead Saber Jlassi, and comp supervisor Nick Chamberlain, who was responsible for integrating all the VFX and compositing. “We did a lot of prep and previs, then it took two months to complete,” says Deming.

“The Orville”
(Fox)
Seth MacFarlane’s space comedy adventure, set 400 years in the future, showcases a climactic 11-minute space battle in which the Kaylon villains are set on destroying Earth in “The Orville’s” nominated second-season episode “Identity Part II.” The team had six weeks to conceptualize and create all of that. “Using AI and also GPU, the newest graphics card technology, really helped us to render faster and with much higher quality,” says Brandon Fayette, digital-effects supervisor. “We mixed that with smart filmmaking techniques where we animated a series of space battles, like one-on-one fights between different ships, with different camera angles, and then repeated them off in the distance to make a much bigger battle scene.” Adds Brooke Noska, visual-effects producer: “We used some 10 vendors this season, and for this episode used the previs pipeline from our two biggest, FuseFX and Pixomondo, which accelerated the turnover time.”

“Star Trek: Discovery”
(CBS All Access)
VFX supervisor Jason Michael Zimmerman and his team were nominated for the second-season finale, “Such Sweet Sorrow, Part 2,” that had an elaborately choreographed space battle as its centerpiece. It included “hundreds of ships — both Federation and Klingon, and also a ton of drones, and it ends with a wormhole that opens up with our heroes going through it, so we had a lot of stuff to create,” he says. Without recent technological advances in processing, Zimmerman doesn’t think they could have pulled it off. “We had a far shorter schedule on this episode than on previous ones. Even just a few years ago, I’m not sure we could have gotten all the shots, multiple versions and the high quality in the short turnaround we had.” 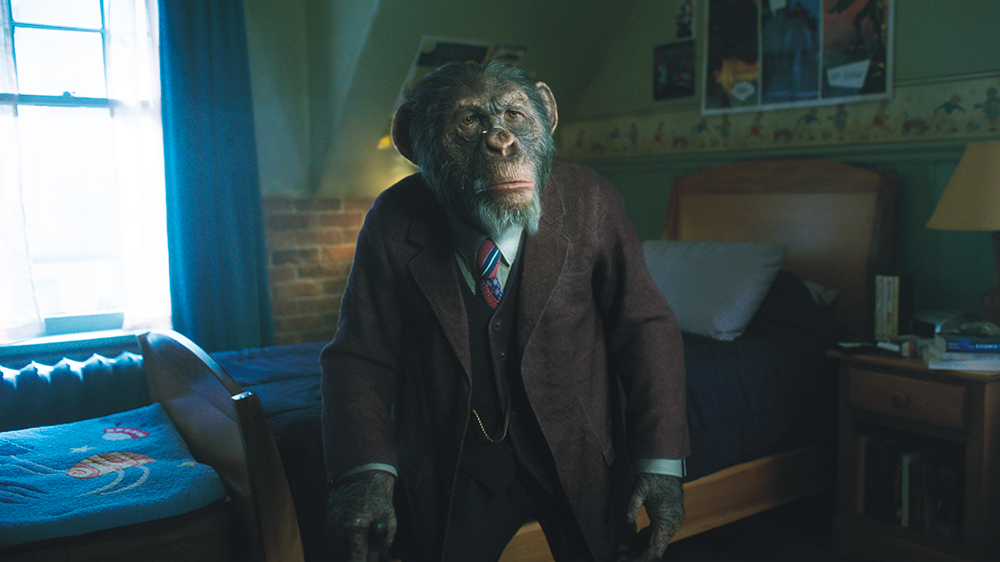 “The Umbrella Academy”
(Netflix)
The streaming adaptation was nominated for its first-season finale, “The White Violin,” which showcased everything from blowing up a mansion and the moon, to depicting a wider range of superpowers. Those elements were mainly created by Weta in New Zealand and SpinVFX in Toronto, and take advantage of Netflix’s 4K pipeline. With them, senior visual-effects supervisor Everett Burrell had to create a shortcut for Dr. Pogo, a photo-real chimpanzee. “We just don’t have the time or budget they have for the ‘Planet of the Apes’ movies, and so we used just two witness cameras to capture our Pogo body performer.” Weta also developed new software for creating the texture and fabric of Pogo’s clothes and refined their hair programs.